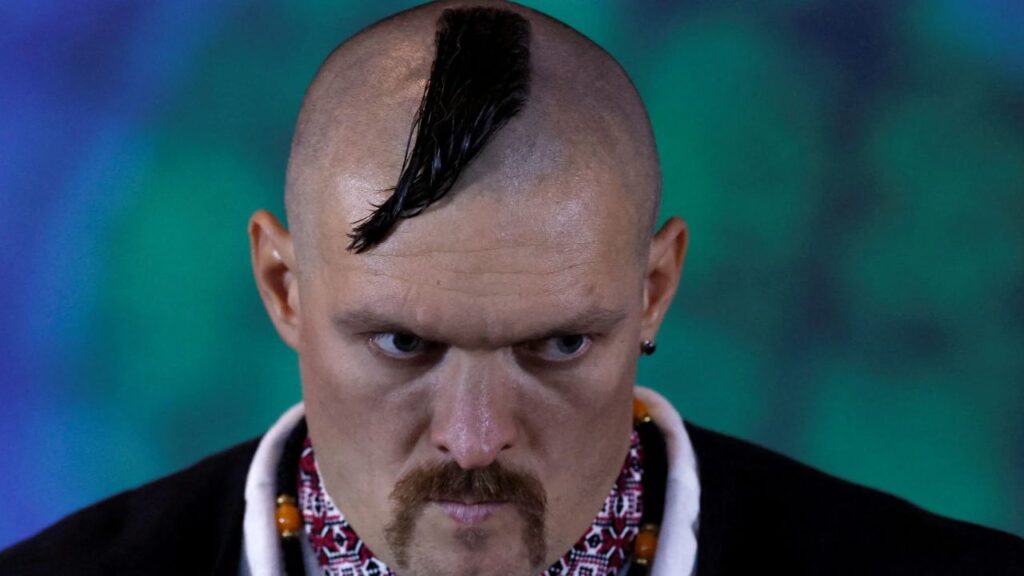 Oleksandr Usyk is a Ukrainia boxer who will face Anthony Joshua of the UK this evening has been compared to the “joker” and has been said to have “zero fear.”

Where Does Oleksandr Usyk Originally Hail From?

Oleksandr Usyk, who was born on January 17, 1987, is a native of the Ukrainian city of Simferopol in the Crimean Oblast.

Oleksandr Usyk has a remarkable 19-0 record in professional boxing prior to the Anthony Joshua rematch. In addition, three of them are from the heavyweight division (Joshua, Chisora and Witherspoon).

Usyk dominated the cruiserweight division for a large portion of his career. The amateur boxer, 35, retired in 2013 with a final record of 335-15.

In contrast, Anthony Joshua’s professional record currently stands at 24-2, and his amateur career has a record of 42-3. He is also worth $4 million.

In his native Ukraine, the boxer has achieved celebrity status. One of the most important sporting events in the country’s history is his much anticipated rematch with Anthony Joshua.

In reality, Ukraine will be given free access to watch the bout between AJ and Usyk in Jeddah. In the middle of their defence against the Russian invaders, both the civilian and military population is ready for a night of top-notch sporting entertainment.

Oleksandr Usyk initially wanted to pay for every Ukrainian PPV ticket for the bout himself. However, the Saudi Arabian organisers quickly agreed to offer a free stream of the battle.

He intended to buy, but received it [for free] for Ukraine. He makes it free to watch via Megogo [streaming platform], his YouTube channel and via state public TV ‘Suspilne’.

Who Is Oleksandr Usyk’s Wife?

Oleksandr Usyk is a Ukrainian