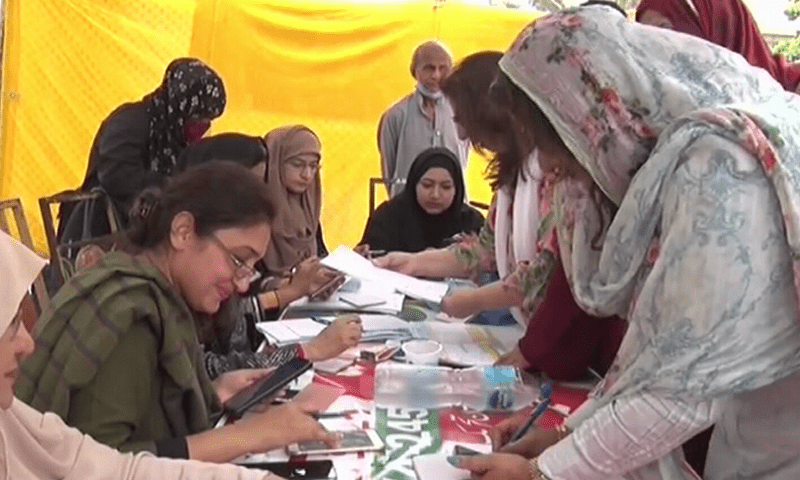 The NA-245 by-election is now taking place in Karachi, with 15 candidates vying for the seat in the National Assembly that became empty following the passing of Aamir Liaquat Hussain, who was elected on the PTI ticket in 2018.

Mueed Anwar of the MQM-P, Mehmood Maulvi of the PTI, Syed Hafeezud Din of the Pak Sarzameen Party, Muhammed Ahmed Raza of the Tehreek-e-Labbaik Pakistan, and Farooq Sattar of the MQM Bahali Committee are a few of the prominent contenders.

The candidates from the PTI, MQM-P, and Farooq Sattar are expected to engage in a competitive race for the district. The MQM-P seems to have an edge as the PPP and Jamiat Ulema-e-Islam-Fazl (JUI-

The Election Commission of Pakistan (ECP) announced that it has finalised plans to hold the by-election for NA-245 in Karachi under tight security.

The candidates from the PTI, MQM-P, and Farooq Sattar are expected to engage in a competitive race for the district. The PPP and Jamiat Ulema-e-Islam-Fazl (JUI-F) withdrew their candidates in favour of the MQM-P, giving the latter an advantage.

Due to the torrential rains in the city, the ECP decided to postpone the by-election in this constituency from its original date of July 27.

Chief Election Commissioner (CEC) Sikandar Sultan Raja urged the electorate to use their democratic right to vote fearlessly and gave strict instructions to ensure transparency and preserve peace at all costs throughout the ongoing voting process in Karachi’s NA-245 seat.

The CEC warned of immediate action against legal infractions and declared that protests and meddling in the voting process would not be permitted.

He gave the police and law enforcement agencies orders to be on the lookout and to capture anyone trying to stir up trouble inside a voting place.

He promised that rapid and indiscriminate action will be taken in response to every instance of legal infraction.

The CEC advised the general public not to trust rumours and to seek out confirmed facts by contacting the ECP’s provincial and central control rooms.