Mrs Wang, mother jumped from window after being locked in 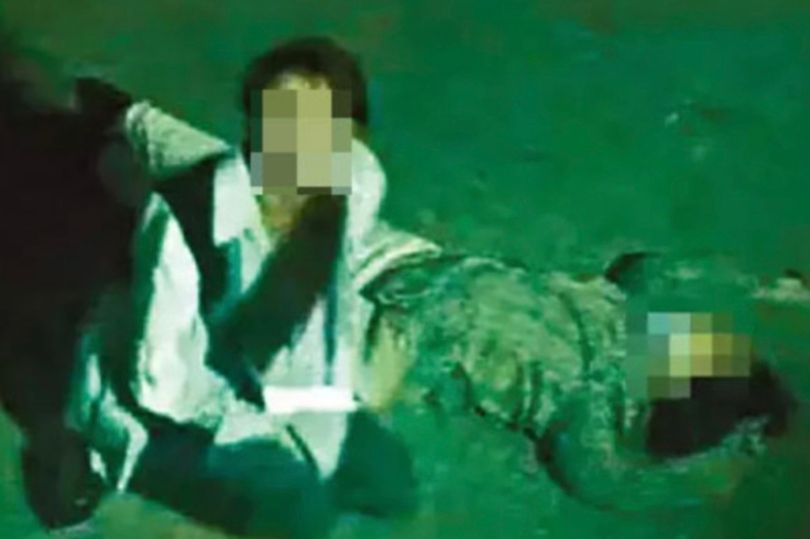 As part of China’s extreme coronavirus lockdown, a woman who was quarantined inside her home committed herself by jumping from a 12th-floor window.

According to local accounts, Mrs. Wang, a 55-year-old woman, has mental health problems.

When two positive Covid-19 cases were confirmed on October 26 in the Inner Mongolian city of Hohhot’s Xincheng district, the apartment building there was quarantined.

Family members had notified community workers who were on duty and had called the neighbourhood medical emergency hotline, according to a statement issued by local government officials on Sunday.

In it, they acknowledged that Mrs. Wang’s condition had not received enough assistance.

The woman was desperate to leave the premises, but the metal gates were said to have been welded shut.

How about According to Weibo, the building manager told Mrs. Wang’s 29-year-old daughter to contact the emergency hotline herself because he was busy. On Chinese social media, a recording of the woman’s daughter pounding on the gate and pleading with neighbourhood helpers to open her mother’s door and assist her went viral.

The girl screamed, “The gate needs to be opened. Please, if you could, “as reported by CNN.

“An investigation revealed that property management and community staff were slow to respond, did not respond properly, and lacked sensitivity to emergencies,” the statement said.

“[The incident] exposed the lag in residential property services and the shortcomings of community work, and also reflected the imperfection of the 120 emergency dispatch mechanism.”

The week ending November 6 saw over 5,000 new cases recorded in China, the most since early May 2 when a spike forced the country’s commercial centre Shanghai into a severe lockdown.

After Zhengzhou, the provincial capital of Henan, reported 297 new local Covid-19 instances in the previous week, the availability of the most recent iPhone model for Christmas was called into question.

Workers will now be required to stay inside the massive Foxconn facility where the phones are created and sleep in three dormitories that have been specially built until the outbreak is finished.

An unnamed mother said in a video that she had been imprisoned in a Zhengzhou warehouse.