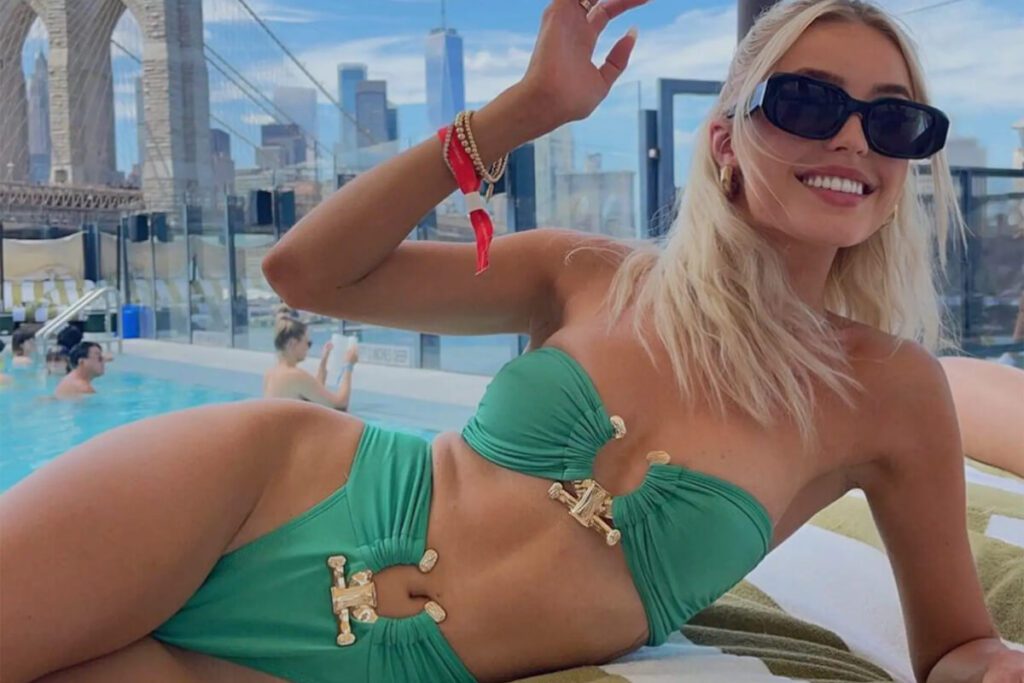 The weekend saw photos from Brooklyn’s poolside from Taylor Fritz’s girlfriend, who was sporting a green bikini with gold accents as she lounged outside with a book.

On Instagram, Riddle wrote, “Leo szn and nicki dropped super freaky chick my powers are stronger than ever.” With a pair of sunglasses and gold bangles, Riddle, a fashion influencer with almost 100,000 Instagram followers, completed the summery ensemble.

Riddle routinely uploads videos on TikTok in addition to Instagram, where she usually shows off her sense of style. Riddle polled her fans last month about what she should wear to Wimbledon amid Fritz’s outstanding run.

Fritz, who has been dating Riddle for two years and is ranked 13th in the world, made it to the Wimbledon quarterfinals before losing to Rafael Nadal in five sets. Despite eventually withdrawing from the competition due to an injury, Fritz assured supporters that he wasn’t trying to take Nadal’s place by default.

At the time, the 24-year-old said on Instagram, “Nah, not seeking for handouts.” “If I wasn’t able to defeat him

When Riddle shared a gallery of images from the competition shortly after Fritz was eliminated from Wimbledon, the couple engaged in a fun Instagram conversation.

Fritz responded to Riddle’s post in July, saying, “She’s a 10 but has RBF during my bouts.”

In this round of the Cincinnati Masters, Fritz will take on Sebastian Baez of Argentina on Tuesday in the afternoon.

Later, the tennis world will go to Queens for the US Open, which begins on August 29.