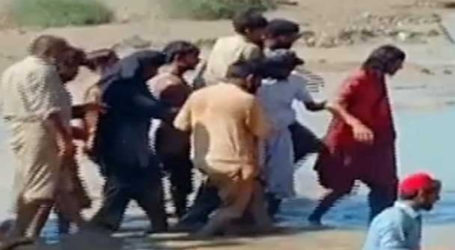 After four days, a fruit van and a young boy who perished in a river together were miraculously found alive in DI Khan.

Details indicate that the young youngster drowned four days ago in a flood in the Daraban Kalaan neighbourhood of DI Khan KPK. Rescue workers found the youngster alive and well after pulling him from a tree.

Locals told the media that the child had previously worked at a truck repair shop and was riding in an apple truck when it overturned in floodwaters close to the Sagoo bridge in DI Khan. The infant has been rescued alive and unharmed, they claimed, however the mechanic’s dead body was discovered yesterday while the truck driver has yet to be located.