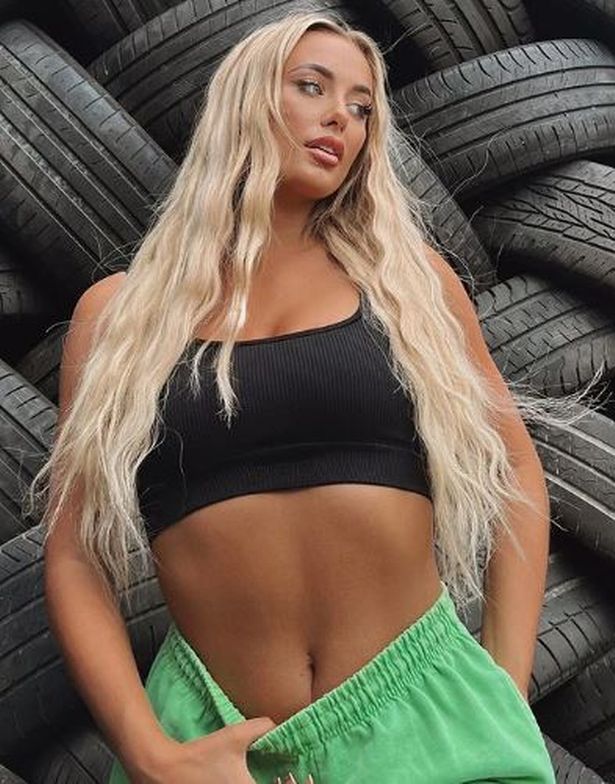 Former Love Island winner Mille Court used Instagram to display her great physique and unaltered beauty as she posed in front of a wall constructed of car tyres.

As she stood in a little black crop top and vivid neon green tracksuit pants that she tugged up to show off her toned abs, Millie let her golden blonde, curly hair fall in the wind.

She added the simple caption: “1 of 2,” referring to the double post she uploaded, with the second shot showing off her outfit from a closer angle.

Following her breakup from co-winner and ex-boyfriend Liam Reardon, the reality star released a photo for her two million Instagram fans to gawk at. Many said in the comments that she had “glowed up” since then.

Since parting ways with her Love Island partner Liam, Millie has been in good shape. In a recent photo, she was seen partying with Chloe Burrows, Lucinda, and pop singer Dua Lipa.

Millie dispelled rumours that Liam had cheated on her in an interview with Fabulous Magazine about the breakup.

“Nothing happened for us to [break up]. No one cheated. It just was a decision that we made because it wasn’t right for us,” she revealed.