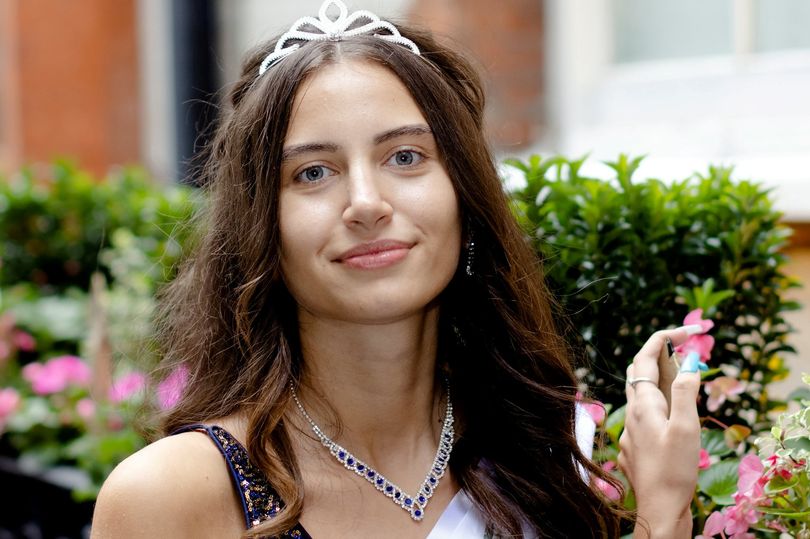 By competing in the Miss England final without wearing makeup, a student of politics from South London created history. By competing in the semi-finals on Monday, 20-year-old Melisa Raouf became the first female competitor in the competition’s 94-year history (August 22).

The Battersea, London, resident Melissa justifies the decision by saying she wants to encourage other models to walk the runway and embrace their natural features. At the Heart of England Conference and Events Centre in Coventry on October 17, she will face off against 40 other competitors in the final.

To promote beauty that goes above and beyond what is typically seen and anticipated on social media, the uncommon action was taken. The pageant’s organisers had previously included a “bare-face top model” round, but claim this is the first time they had heard of someone competing without makeup.

She said: “It was quite a daunting experience but so amazing to win this way. It means a lot to me as I feel many girls of different ages wear makeup because they feel pressured to do so.

“If one is happy in their own skin we should not be made to cover up our face with makeup. Our flaws make us who we are and that’s what makes every individual unique.

“I think people should love and embrace their flaws and blemishes, as we know real beauty lies within simplicity. When I started wearing make up at a young age, I never felt comfortable in my own skin.

She added: “I never felt I met beauty standards. I have recently accepted that I am beautiful in my own skin and that’s why I decided to compete with no make-up.