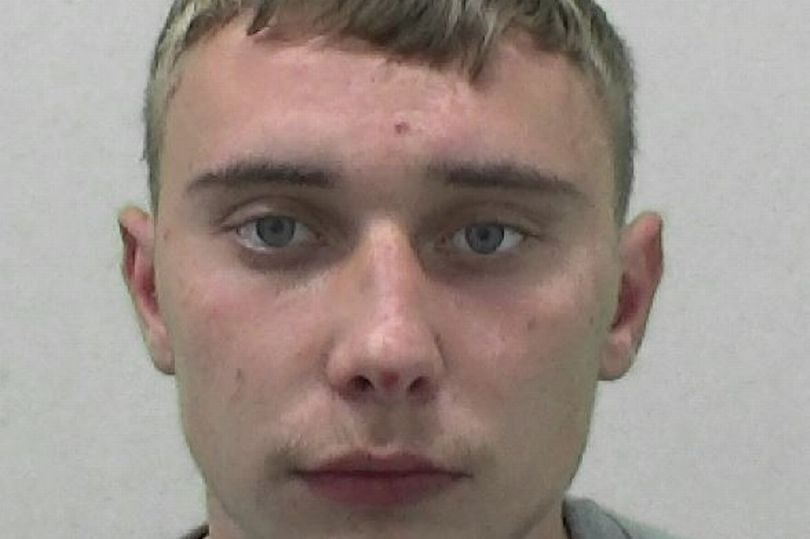 A vicious thug threw a mop handle at his horrified companion before returning and breaking her window with a knife.

The victim and McPolin had been dating for around four months at the time, dating each other since they were in high school. They went to a friend’s house on April 18 and were drinking; everything appeared to be going OK.

But when they went home, the woman was browsing Facebook when McPolin’s actions changed abruptly. The defendant entered the bedroom with a metal pole, the prosecutor, Emma Dowling, said in court testimony at Newcastle Crown. According to him, she struck him first. The metal pole, which was actually a mop handle, was used to strike her.

“He whacked her in the face with the mop head after removing it, resulting in a significant red bruise on her cheek. She was experiencing severe jaw ache.” Despite her pleading with him not to, McPolin also broke her TV. Then, before jumping out, he punched the bedroom window.

He came back about fifteen minutes later, and she could hear him at the rear of her house yelling for her to let him in. He kicked, punched, and flung stones at the glass, breaking the living room window and a panel in the back door, which led to the removal of inside panels.

She observed that guy had a long 10 inch blade concealed in his clothing and was shouting and flailing the knife around while yelling, “I’m going to kill people.” He was able to burst through the window.

She was afraid, according to Miss Dowling. He began breaking things in the kitchen and dragged and pulled her to the ground. After dragging her to the ground, he yelled, “Eee who hit you, I will do them in,” and then sat down next to her, acting as if nothing had occurred.

“He then jumped out of the window again. She says the whole incident lasted around 45 minutes.”

The victim, who later saw McPolin posing with the knife on a Snapchat video, was left with swelling to her jaw, couldn’t open her mouth properly and had a red mark to her cheek from the pole and pain to her forehead. Several items were damaged, including the TV, windows, a kettle and toaster.

In a victim impact statement she said she was “petrified” and “terrified he would use the knife on me”.

McPolin, 21, of Hawthorn Terrace, Elswick, Newcastle, who has 20 prior convictions and was at the time serving a suspended sentence, pleaded guilty to affray, using force to enter a building, assault resulting in actual bodily harm, possession of a weapon, and criminal damage. He was sentenced to 19 months in prison.