An inquest heard that a 12-year-old child died while on vacation with his family after falling from the White Cliffs of Dover.

On April 4, 2022, disaster happened when Mati Urb was travelling to Kent with his parents, two brothers, and himself during the Easter break. 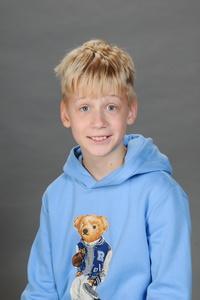 After relocating to London in 2021, the Estonian nationals travelled the south coast of England in a campervan they had rented.

But Mati’s parents failed to spot him as they walked along the East Langdon cliffs in Dover.

The coastguard helicopter later discovered his body at the base of the cliffs after emergency services had initiated a search.

Mati was attended to by paramedics, but regrettably, he was pronounced dead on the spot shortly after 8 o’clock.

An autopsy revealed that the 12-year-old died from head injuries.

Ms Hepburn concluded: “Mati had been visiting Kent, specifically the Dover region and the cliffs with his mum, dad, brother and sister.

“It was at a location close to the lighthouse at St Margaret’s, on top of the cliffs at Langdon, when the family became separated and ultimately came to a point where Mati could not be found.

“Sadly Mati was located at the base of the cliffs and, despite initial attempts at resuscitation, it was confirmed he was sadly deceased.

“I conclude that Mati succumbed to head injuries as a result of falling from the cliff.

“I don’t know how Mati came to fall from the cliff – it was unwitnessed. Whether he tripped and fell, whether it was the wind, or whether he was looking too far over the edge, I simply don’t know.

“I know that’s of no comfort to the family to have this unexplained as to how Mati came to fall.

“These were tragic circumstances and the conclusion that I return is one of accident. I can see no evidence that he intended to go over the cliff.

“I want to offer my most sincere condolences for the tragic loss of Mati in these circumstances.”