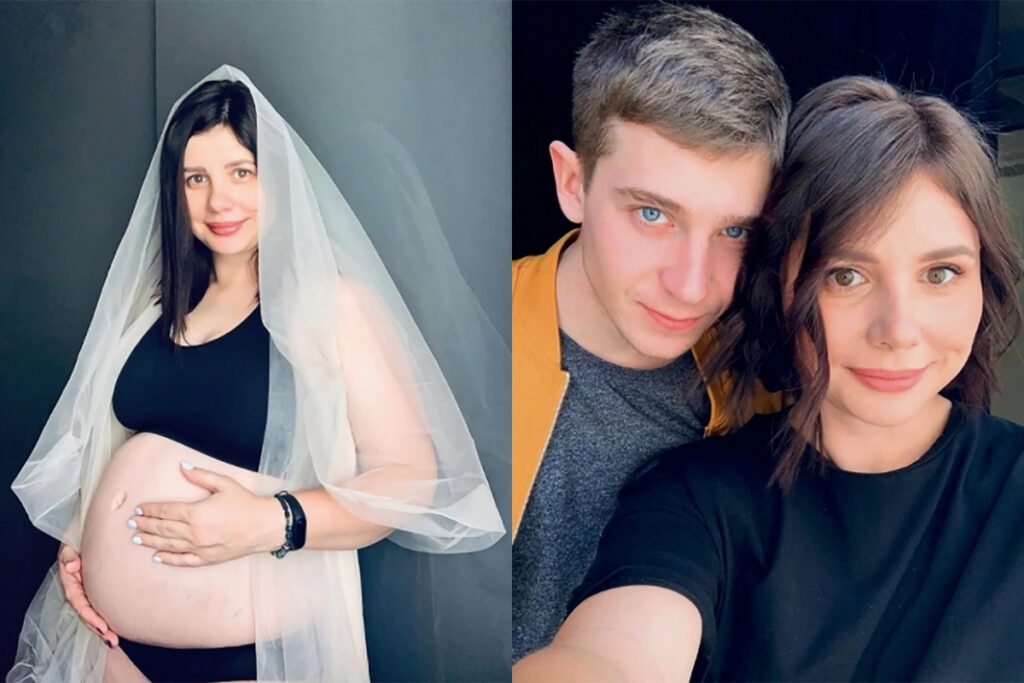 After dumping his dad, a woman said she was expecting a second child with her stepson.

With Vladimir “Vova” Shavyrin, 23, who she raised from the age of seven, Marina Balmasheva, 37, already has a daughter. After she moved to Vova from Alexey, Marina gave birth to Olga, who is now 20 months old.

However, she has now revealed that she and Vova are expecting a second child that she is “tired but thrilled, a little anxious.”

In a statement to her 620,000 Instagram followers on the announcement of her pregnancy, she stated that the couple “are welcoming your hearts and sincere wishes.”

Vova’s response when she displayed the test results to him was, “Hell!”

While bragging on social media about having “the most charming blue-eyes in the world,” Marina chastises her new husband for being “clumsy” while pushing their daughter’s pram.

Instead of letting him work a routine office job, she makes it apparent that she supports him with the money she generates through social media.

He has a medical exemption from the army, but many Russians his age are participating in Vladimir Putin’s war in Ukraine.

He first encountered his daughter Olga in a video that Marina earlier posted.

She stated that she was still close to her former stepson and added, “So many people encourage me to put cosmetics, make lashes, and curl my pubic hair because of my young spouse.

But there is one thing: despite my cellulite, extra skin, and scars from plastic surgery, he fell in love with me.

She also explained how, in the event of a divorce from her future spouse, she would be able to maintain all of her money and assets by insisting on a pre-nuptial agreement.

When Vladimir returned home from university on vacation, Alexey claimed that his ex-wife had seduced him when he was a student. Alexey is now responsible for caring for his five adopted children by himself.

“She made love to my son. Prior to her, he had never had a girlfriend, he has claimed.

“While I was asleep, she was running from our bedroom to the bed of my son. While I was at home, they had sex without hesitation.

“Shortly after that, she returned and joined me in bed as if nothing had happened. If it hadn’t been my son, I would have excused her from cheating.

Currently, Marina claims that her first marriage was “not living, but faking.”

“Did I have regrets that I wrecked the family?” she asked her followers. True and false.

“I was ashamed that I destroyed’mum and dad’s’ stability.

He is a decent man and a great parent to our kids. How did kids adapt to the changes? absolutely serenely

“I have a wife. I transferred to a larger city.