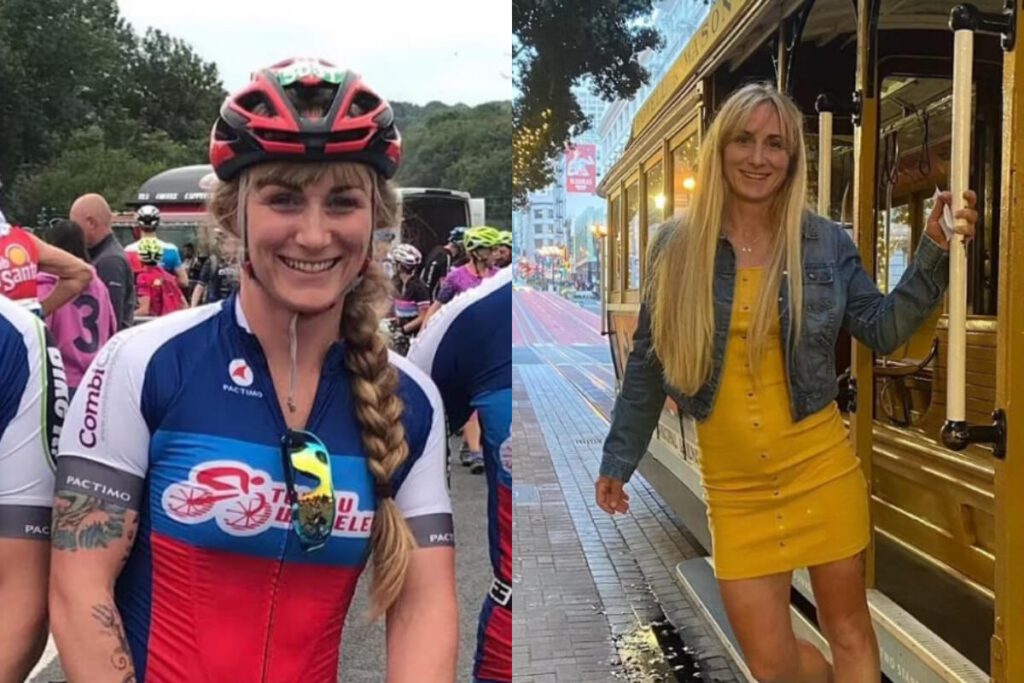 During a morning bike ride, a mother and triathlete was struck by a car and died, prompting a police plea to identify the driver.

Mother-of-one Lucy John passed away on Sunday morning at 9:10am after her motorcycle was struck by a black Honda Civic on the A48 in Laleston, Bridgend, south Wales.

The 35-year-old, who was said to by acquaintances as having a “wonderful spirit,” belonged to the Pen-Y-Bont triathlon club in Bridgend and had just finished an Ironman race.

Before the emergency services came, other riders and bystanders attempted to assist, but she was declared dead at the hospital.

Elsa Jade of the Pen-Y-Bont triathlon club paid tribute to Ms. John and stated, “We write this with the deepest of emotions, but today we lost one of the most beautiful souls when she was injured in an accident while cycling.

‘Lucy had all the qualities you could ever hope to have. She was fiercely determined, enthusiastic and was dedicated to every aspect of her life. Family, work, friends, coaching and training.

DC Alun Efstathiou added: ‘I want to thank those members of the public who assisted at the scene and to the local community for their patience while the road was closed while we carried out our investigations.

‘My thoughts are with the deceased’s family at this time.