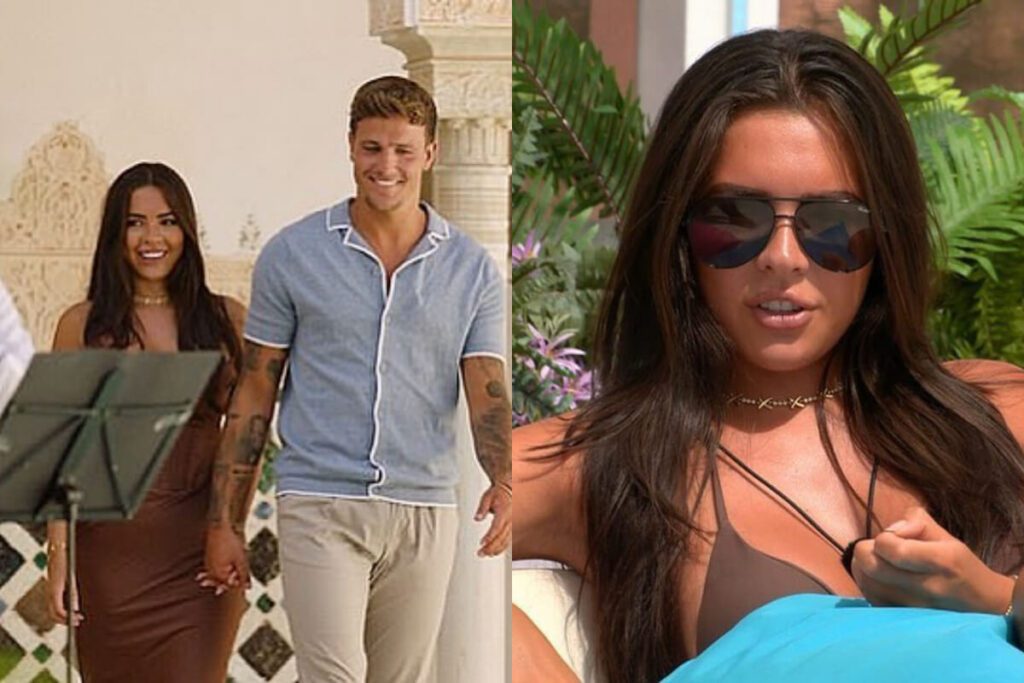 After discovering a sign on social media, LOVE Island viewers think that runners-up Gemma Owen and Luca Bish have already broken up.

After Gemma and Luca came in second to Ekin-Su and Davide last night, curiosity was stirred by a revealing sign posted on Gemma’s management team-managed Instagram account.

The majority of the finalists’ social media accounts shared the customary couple photo from the Love Island finale, while Gemma’s team only shared a photo of Gemma by herself.

What’s more telling is that the caption said absolutely nothing about Luca.

In fact, it made particular reference to #TeamGemma, which was interpreted as a barely disguised jab at Luca, who has come under fire for his “controlling” and “bullying” behaviour in the villa.

The image in the post showed Gemma looking stunning in the brown slip dress she wore for her final date with Luca, but it was missing her significant other.

The team who created Gemma’s caption wrote: “Words are inadequate to express our collective pride in Gemma. She has proven to the country how responsible, moral, and elegant she really is.

“We are very grateful for all of your love and support.

Gemma will be SO overwhelmed. This is being returned to Gemma right now.

“Running her account and participating in her @loveisland trip has been a blast. #LoveIsland #TeamGemma is excited for what the future has in store.”

One emphasised: “Gemma’s handlers uploaded a photo of just her with the hashtag #TeamGemma… I’m telling you right now that all Luca will take with him is a contract for advertising with Birds Eye Fish.”

Then they added, “She’s already dropped him off #LoveIsland,” and a string of sobbing and laughing emojis to their post.

A second wrote: “Like Gemma and Luca haven’t already split up with Gemma filing for a restraining order already? oh please!! Ekinde will last longer than Owen and Bish!”

And a third chipped in: “You already know Luca and Gemma split up the second cameras stopped rolling.”

The Sun has contacted reps for Gemma and Luca for comment.