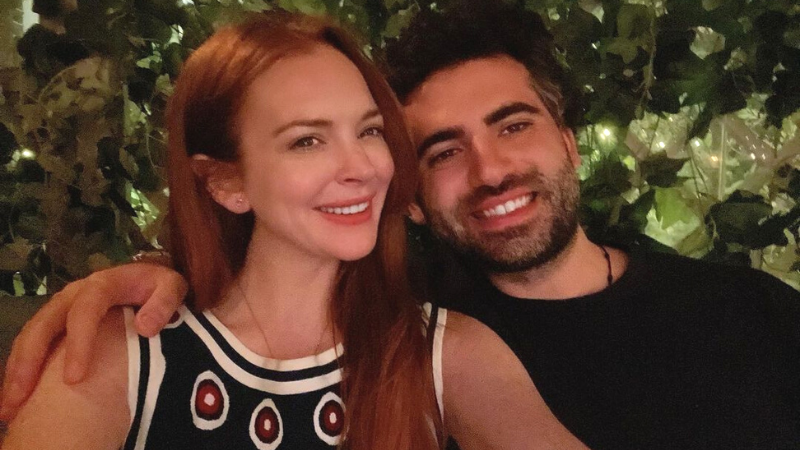 Actor Lindsay Lohan from the United States has detonated yet another bomb online, almost a year after declaring her engagement on Instagram. She hinted at the possibility of getting married by posting a photo of herself and her fiancé Bader Shammas along with a note in which she refers to him as her husband.

I am the luckiest lady in the world. You found me and knew that I wanted to find happiness and grace, both at the same time. I am surprised that you are my husband. My life and my everything.,” Lohan wrote alongside a photo of herself and Shammas on Instagram in celebration of her birthday.

She added that every woman need to experience this daily. It is yet unknown if the pair has already secretly wed or if they have any plans to do so soon. The Cut reports that despite Lohan implying in an interview that her wedding will be “low-key,” nothing has been officially confirmed.

Lohan has kept her wedding preparations a secret even since getting engaged in November. She shared a picture of herself and her fiancé with a cake that said, “She said yes,” four months prior. The event may have been an engagement celebration that the pair arranged for close friends and family. Seven months prior, she had referred to Shammas as her “love, life, family, and future.”

An assistant vice president at the international investment bank Credit Suisse in Dubai is Lohan’s fiancé. The Mean Girls actress has spent roughly eight years residing in Dubai. The past three years have seen the couple dating.