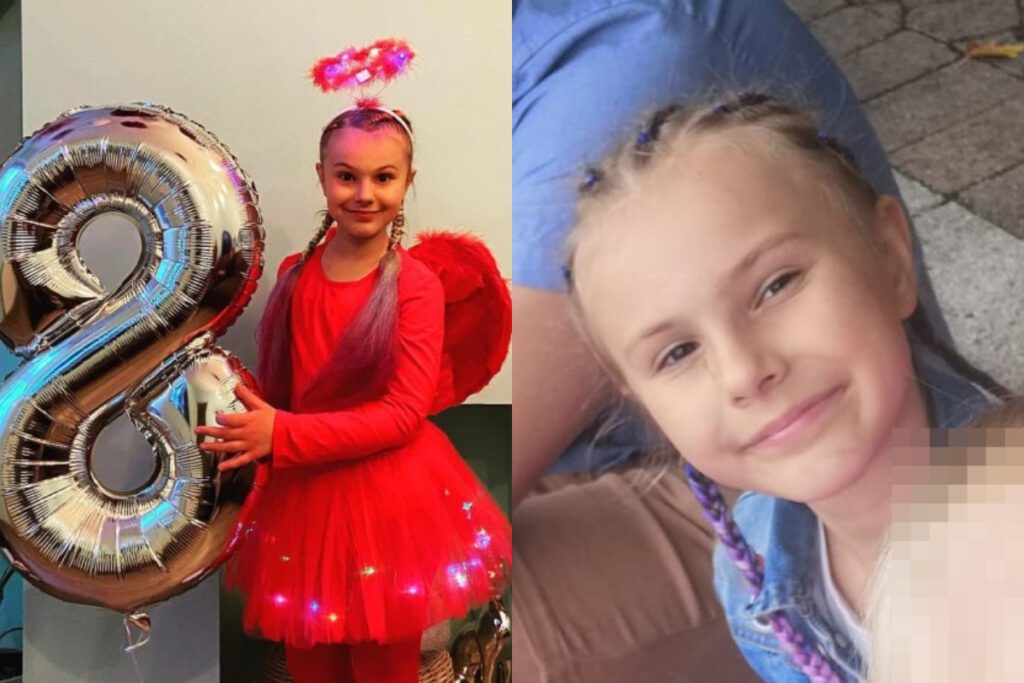 THIS is the first image of a nine-year-old girl who was fatally stabbed yesterday while playing with a toy pushchair in a peaceful street.

After Lilia Valutyte was mortally injured at roughly 6.20 p.m., her body was found in Boston, Lincolnshire. Police and medics rushed to Fountain Lane, but sadly Lilia was beyond saving.

The Lincolnshire Police have opened a murder investigation. In relation to the infant’s death, two males have been detained.

According to a local, a doll’s pushchair was laying on its side in the street while doctors fought hard to save Lilia’s life, according to the Telegraph. The elementary school student was playing with her younger sister just before she passed away.

This evening marks Lilia’s debut appearance in a photo. She is seen beaming in one photo while decked out as an angel with red wings, a halo, and a light-up skirt at her eighth birthday celebration.

The senior officer called Lilia’s passing a “absolute tragedy” while speaking to media this morning in close proximity to the police cordon at the scene.

She stated: “A nine-year-old child has passed away from what we think was caused by a stab wound. Two people have been taken into custody in relation to the event.

We have dedicated a significant amount of resources to this inquiry and we believe this to be an unique incidence.

To aid in the inquiry, a “large number of specialised investigators” have been enlisted.

The arrestees are believed to be both men, however Ch Supt Anderson declined to say whether they were adults or adolescents. Additionally, it is unknown what they are detained on at this time.

We have several active lines of investigation, she said.

“To speculate on potential motives would be unfair,”