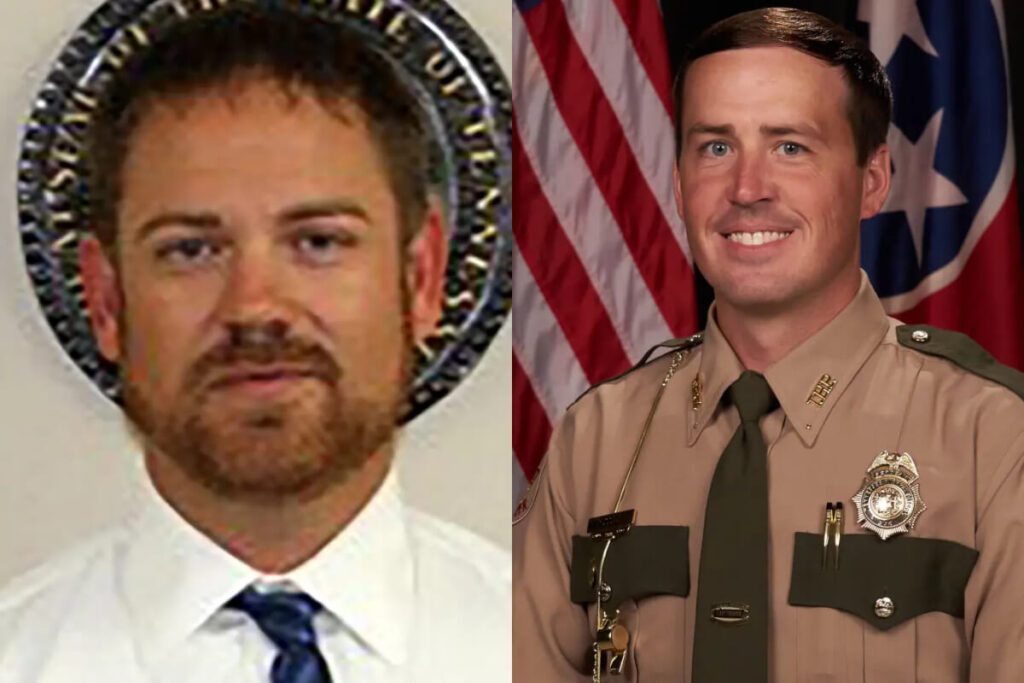 When their aircraft collided with electrical lines and crashed in a wooded location, two Tennessee law enforcement personnel perished. According to officials, the lines fell over an interstate, closing lanes of traffic while emergency personnel searched for the scene of the collision.

The state Department of Safety and Homeland Security reported that the crash in Marion County on Tuesday afternoon claimed the lives of Tennessee Highway Patrol Aviation Division Sgt. Lee Russell and Detective Matt Blansett from the Marion County Sheriff’s Department.

The National Transportation Safety Board is in charge of the inquiry, according to Highway Patrol Captain Travis Plotzer.

According to officials, the power lines on Aetna Mountain in Whiteside, Tennessee, were struck by the chopper and fell across Interstate 24.

Driver Dan Hostetler told WVLT-TV that just before he was about to be struck by the electrical cables, he observed a black helicopter buzzing around.

“It kind of dipped a little bit and waggled a little bit, then there was a bright flash of light and puff of smoke, and it hit one of the power lines that went across the highway, and sure enough the power lines started gliding down toward me and all I could think was it’s going to land on top of me,” Hostetler said. “I slammed on the brakes and stopped about two car lengths from the line.”