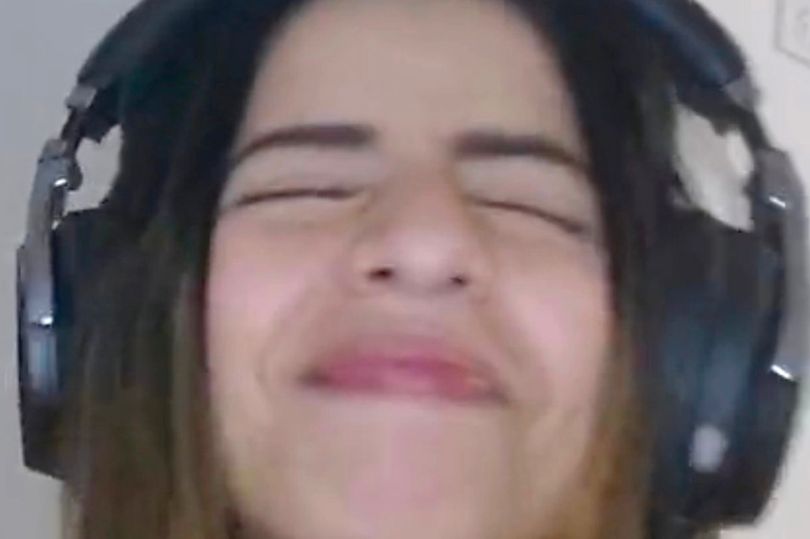 Despite being actively engaged in the filthy sex session, the randy Twitch streamer nevertheless managed to respond to her devoted followers.

As a result of the user’s x-rated display, the Amazon-owned website banned Kimmikka, and a message stating that her profile is presently unavailable appeared on her profile.

On August 24, while streaming, the 21-year-old started acting strangely, changing her facial expressions, and her movements became jerky.

The streamer continued to participate in the conversation, responding to viewers while making an effort to be covert.

However, her reflection was clearly visible in the window beside her desk and her partner was even seen bobbing behind her.

“If you’re going to try bang while streaming, make sure there isn’t a reflection,” tweeted tech site Dexerto.

The message that greats viewers when they visit the streamer’s profile reads “this channel is currently unavailable due to a violation of Twitch’s Community Guidelines or Terms of Service.”

The video was uploaded to the Livestreamfail section of Reddit, where it received thousands of views before Twitch took notice and removed it.

“He is merely rubbing her back. very healthy, “One respondent made a joke.

Another person speculated: “She may have feigned it for views.”

According to reports, the streamer called this incident a “drunk accident” and abruptly halted it.