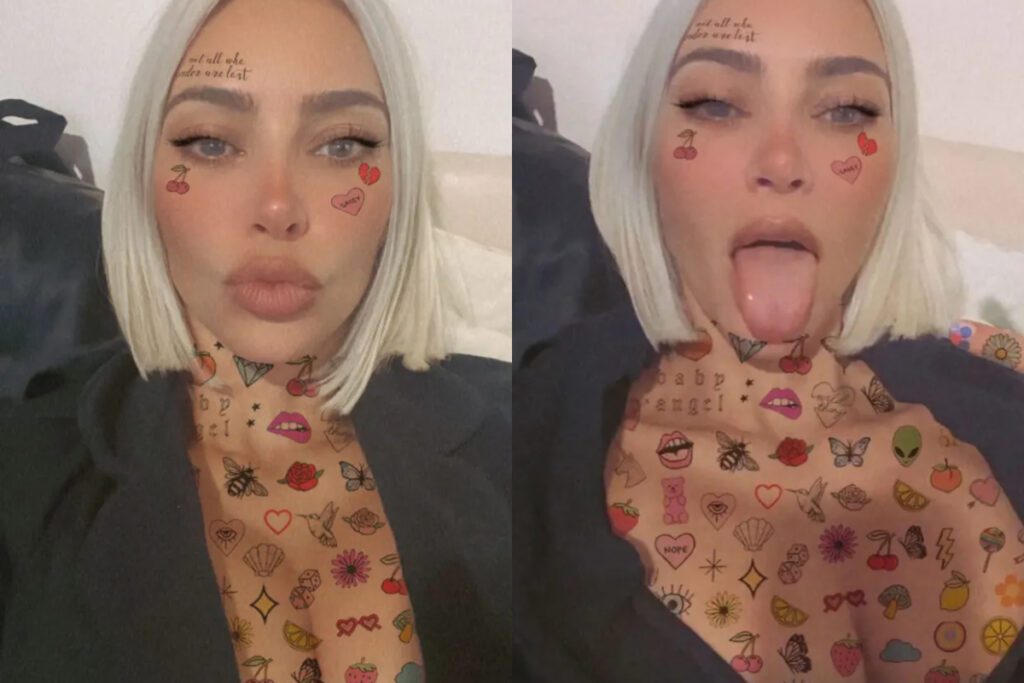 With a photo of herself covered in tattoos a la her boyfriend Pete Davidson, KIM Kardashian has revealed a startling change.

Though not everyone is convinced, there have been rumours that the reality star and actor have ended their relationship. The SKKN mogul shared her new appearance with followers on her Instagram Story.

She made an appearance in a video with tattoos covering her entire face, unbuttoned her shirt to reveal her chest, which was subsequently covered.

At one point, Kim giggled and poked out her tongue.

The 41-year-old later shared a photo of her inked-up appearance.

Kim pursed her lips a little and gave the camera a serious expression.

The Hulu actor resembled lover Pete with all that tattooing.

The tattoos on the King of Staten Island actor have already generated media attention.

Fans observed he looked to have multiple tattoos dedicated to the mother-of-four early on in their relationship.