Kiely Rodni ‘Burial site’ discovered in the search for a missing youngster and the last cell phone message released provide a significant development in the Kiely Rodni case. 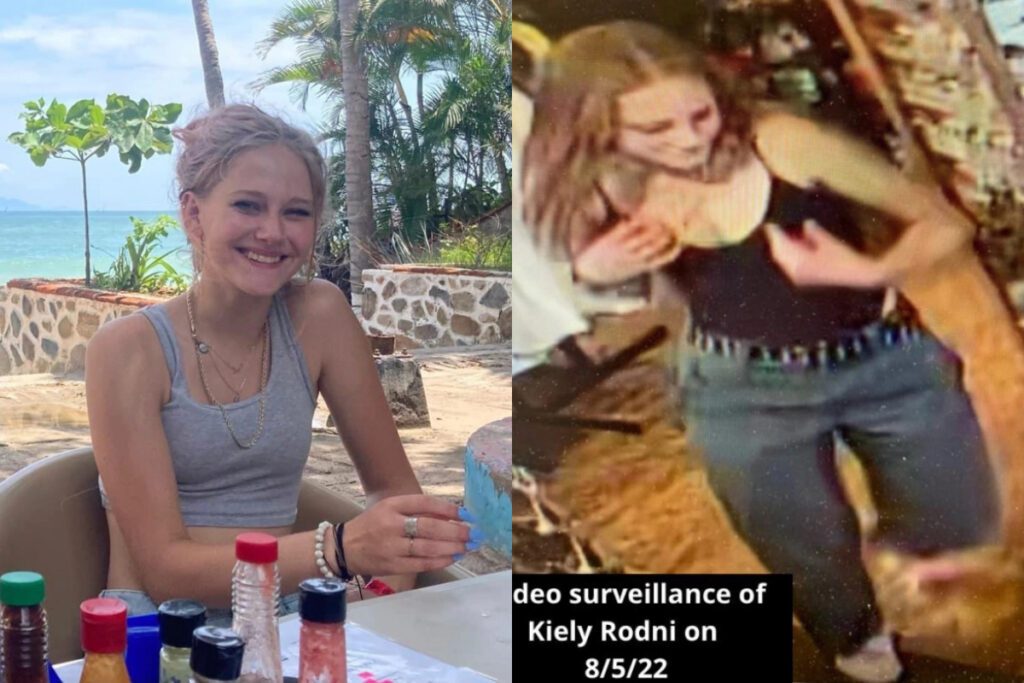 Police receive a tip about a “possible burial place” as they continue their hunt for Kiely Rodni, whose last cell phone message has been found.

After attending a rowdy party with over 100 kids and young adults on August 6, Kiely, 16, vanished approximately 2:30 a.m. near the Prosser Family Campground in Truckee, California. Due to the disappearance of Kiely’s 2013 Honda CRV, police are examining this incident as an abduction.

The missing adolescent heard that “a lot of older boys had invaded the party,” and her mother, Lindsey, worries that Kiely may have been “trafficked,” according to Marika Beck, 42, who is closest friends with her mother.

Over 1,200 suggestions have been given to the authorities, and most recently, one indicated that a “possible burial location was identified near the [Prosser Family] campground,” according to Angela Musallam, public information officer for the Placer County Sheriff’s Office.

After a search and rescue team located the scene, the FBI, the Placer and Nevada county sheriff’s offices, and other law enforcement agencies took control of it.

The prospective gravesite had also been disclosed to Kiely’s family.

The tip, however, resulted in yet another dead end in their ongoing investigation of more than a week.

Officer Musallam stated that FBI agents “investigated the site through early this morning and retrieved the remains of a dog.”

The Nevada County Sheriff’s Office’s Captain Sam Brown stated that her cell phone’s last known ping was on August 6 at 12.30 a.m. nearby the ocean.

The location of the latest ping does not necessarily indicate where the phone stopped pinging, according to Brown.

“Those notifications or data points could be lost for a variety of reasons,” he noted.

Every day, swimmers and divers have been searching the lake, but it’s challenging because the water is so deep (approximately 57 feet), making it difficult to see anything below, according to SFGATE.

A diving operation like that is essentially like going into the ocean blind and using your hands to search, according to Brown.

Kiely’s Final Words to Her Mother

At 11.30 p.m. on August 5, Kiely wrote her mother one more terrifying text in which, according to her mother, she promised to be “straight home” in 45 minutes.

The mother of Kiely said Fox News, “I asked her to remain safe. “… and that was the final SMS she sent me.”

But according to a friend, Kiely never intended to drive home that evening.

Sami Smith, 18, told The Sun that her pal Kiely “was giving an alibi by telling her mum she was going to be the designated driver because that’s how she was going out to the party, so that her mom didn’t freak out and scream, ‘I want you home earlier,'”