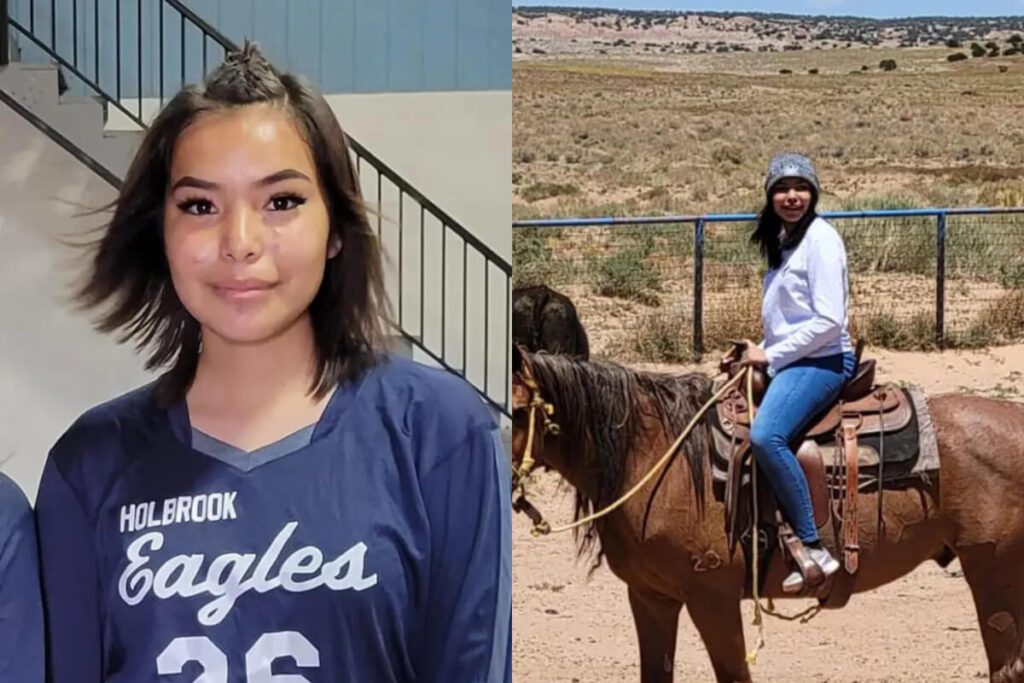 Kiarra Gordon girl 17, killed six people injured in Arizona school-bus crash
Share
Facebook Twitter LinkedIn Pinterest Email
According to authorities, a school bus and truck collision in Arizona resulted in the death of a 17-year-old girl and six other injuries.
Around 9:30 on Sunday morning, the bus was rear-ended by a semi-tractor-trailer on Interstate 40 close to Sanders, according to state Department of Public Safety officials.
According to DPS officials, a previous rollover accident was the reason for the highway’s traffic slowdown.
According to them, the school bus was struck by the semi and driven into a van by the collision.
At a statement to Fox 10 Phoenix, the Holbrook Indian School said that several of its students and employees were in Window Rock, NM, on a field trip, when the fatal collision occurred.
Teenager Kiarra Gordon was the one who perished in the collision, according to a relative.
The youngster had just celebrated her birthday in July, according to the girl’s aunt Falonna Ashley, and she is survived by three younger brothers.
Ashley reported that her niece enjoyed watching movies, playing volleyball, and working with animals.

“She had a beautiful soul,” the aunt said. “She’s from Wide Ruins, a small community on the Navajo Nation. She was focused on education and was thinking about what to do after high school.”