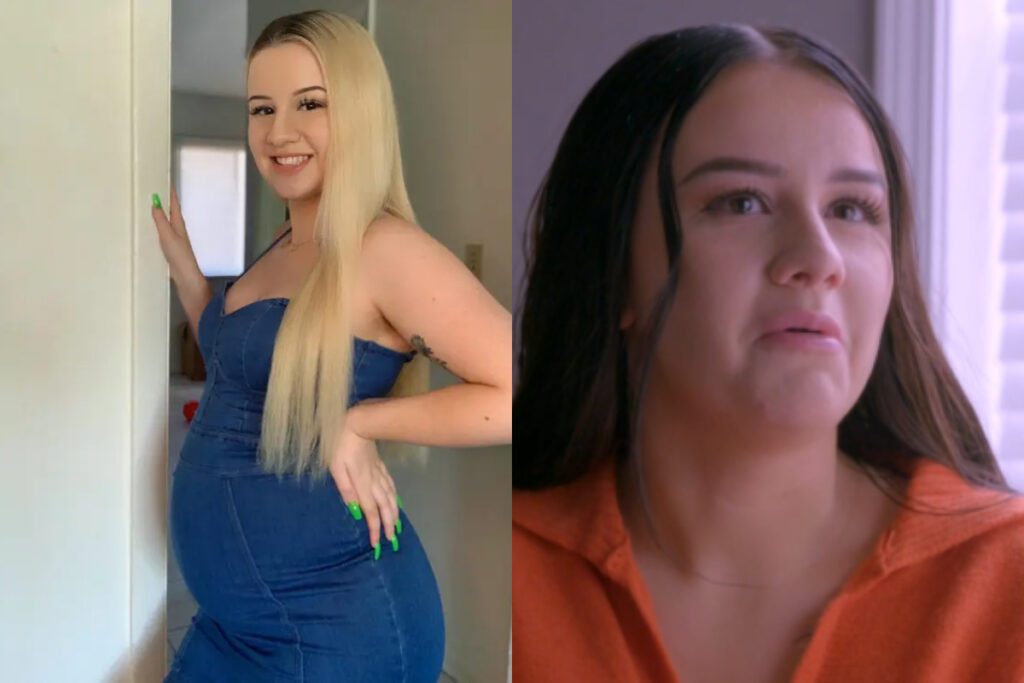 Star of Young and Pregnant Kayla Sessler sobbed while discussing how difficult it was for her to “grieve” after having an abortion.

On the MTV reality show, the reality star explained why she chose to have a pregnancy terminated.

On Tuesday’s Teen Mom episode, Kayla talked openly about the consequences of her abortion.

The reality star broke down while having dinner with her mother and admitted that she was having difficulties.

“Simply put, there is a lot to process given that my due date would have been soon. It’s a little difficult, “She divulges.

“I believe that while I was pregnant and going through it, I was operating more or less automatically. I didn’t really deal with like my emotions until after.”

“Everyone told me about the physical agony you know you take the pill and you cramp and anything,” she continues as she starts to cry.

There is pain. However, no one had anticipated the psychological effects or the shame I would have and be unable to shake.

“And it’s hard because I feel like I don’t have the right to grieve because it’s a decision that I made,” Kayla continues to tell her mother.

“I just feel like there’s so much against Luke and I, and this is just another thing,” she says in her closing statement.

Regarding her choice to end the pregnancy, Kayla has been transparent with her followers.

She discussed the abortion she had after she and her boyfriend Luke Davis were both unfaithful to one another during a reunion concert in 2021.

At the time, she stated: “I believe that until it was over, I barely gave it any thought.

“I only sort of did it, and it only really hits you later.

Despite the fact that they never “worked over” Luke cheating on her when she was pregnant, Kayla continued by claiming that they are “still together.”

The Teen Mom actress claimed that after Luke’s affair, she cheated on him because “I guess I hit a breaking point” and they “were together but not really behaving like it.”

Later, Luke sat down with his girlfriend on the couch to talk about their infidelity.

Kayla thought about his wrongdoings and remarked, “I wish I would have left when it happened.

Even if I did finally return.

“I just feel like I wanted to hide it while I was pregnant.”

I didn’t want anyone to know, she said. I kept it a secret from the show and from my family.

“I wanted a happy pregnancy, therefore I wanted everyone to assume everything was perfect.”