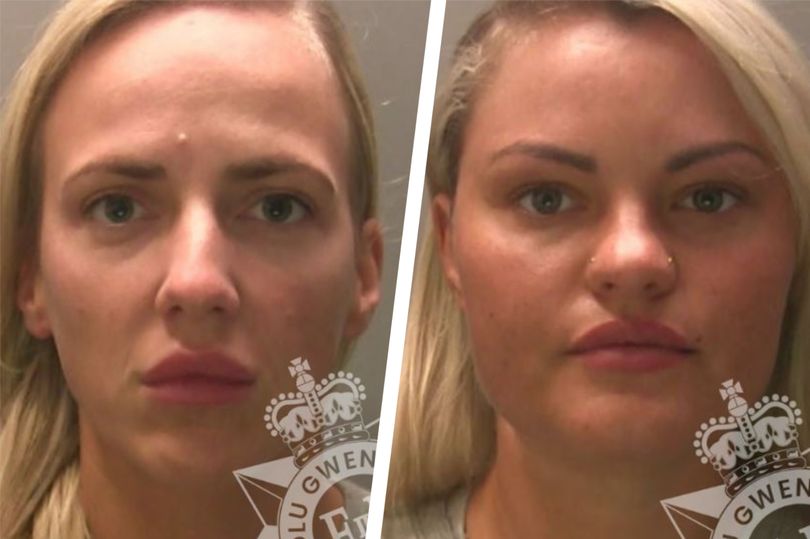 A “greedy” couple, who were already making £60,000 annually from their day jobs, started dealing cocaine on the weekends and in the evenings to support their lavish lifestyle, which included expensive overseas travel and fancy clothing.

Trenae Greenland, 30, and Katie Barrington, 29, were each sentenced to two years and eight months in prison.

Before police accidentally came into contact with the Newport, Gwent, couple, Newport Crown Court heard that they had been dating for five years and had a “solid future” together. The two would chose when they worked and made “upwards of £100 a day on a workday and £200 on a weekend” selling cocaine, according to prosecutor Nigel Fryer.

He said: ‘There were many conversations about future holidays, expensive holidays. Their motivation here was greed.’

Mr. Fryer continued by saying that they were seen in a Volkswagen Golf that was parked outside a building of apartments when a man approached their vehicle before leaving again.

He claimed that “officers soon came to the conclusion that a drug trade was taking place.” “A significant sum of money was recovered.”

Officers also discovered three packets of white powder, an iPhone, and a Nokia phone that the women had attempted to hide in the car, according to the evidence presented in court.

Officers analysed the phone, according to Mr. Fryer, and discovered references to how much money the two were generating from drug trading.

The two acknowledged having illegal property in their hands as well as intent to supply cocaine and involvement in its supply.

In defending Greenland, Kevin Seal claimed that the women were suffering from addiction and were selling narcotics to pay back debts to traffickers.

She is a bright young woman, stated Barrington’s Nicholas Gedge. Her friends and relatives are quite complimentary of her.

Her path to cocaine dependence was exceedingly sensitive. She spent a long time trying to deal with it. She became drug debt due to this. She believed that this was a means of escape.

You were in a relationship for almost five years, the judge DJ Hale informed the contestants. You both had respectable jobs. The total annual household income from these employment was nearly £60,000.

“You two had a bright future ahead of you, but you squandered it all on what amounts to shared greed.

If you hadn’t been discovered by pure accident, you would have continued doing this. increasing the debt of people. You went into this because you were in debt, but you were also aware of the debt that this was causing to your clients.

The women will have to attend a Proceeds of Crime Act hearing in addition to serving a two years, eight month prison term.