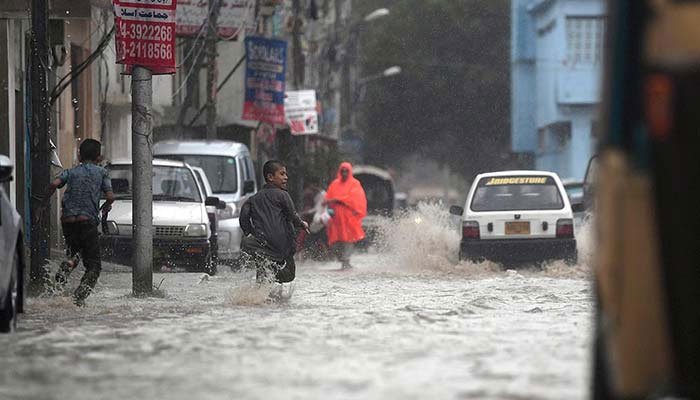 Karachi residents must once more prepare for heavy showers and thunderstorms during the next 24 hours, according to the Pakistan Meteorological Department (PMD).

According to the Pakistan Meteorological Department’s (PMD) forecast, it will likely be cloudy and occasionally rainy in the city all day.

According to the weather report from the Met department, the lowest temperature in the past 24 hours was 26.5 degrees Celsius, while today’s high is expected to reach 29 to 30 degrees Celsius.

According to the study, Karachi’s atmosphere is 85% humid, and south-western winds are blowing at a speed of 12–14 kilometres per hour.

It should be emphasised that the current rainy weather is caused by a well-defined low-pressure system that moved northwest and invaded Sindh from Rajasthan, India. It is hitting the entire province as well as portions of Punjab and Balochistan.

Due to the PMD’s forecast of extremely heavy rain, the Sindh government declared a two-day closure of educational institutions (Wednesday–Thursday).