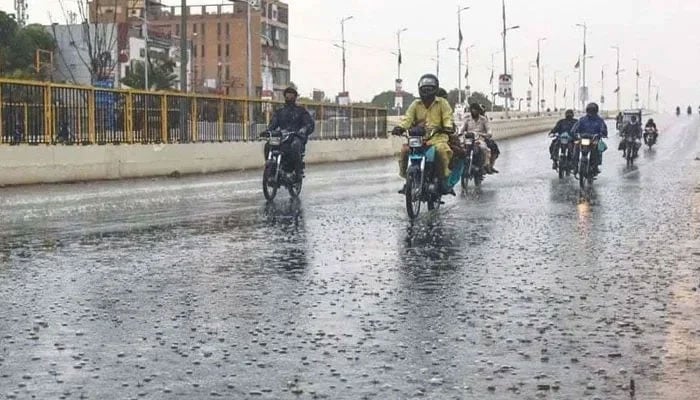 On Monday, the Pakistan Meteorological Department (PMD) projected that Karachi and other cities in Sindh would have moderate rain on November 7 and November 8. (tomorrow).

The weather forecast indicated that a westerly wave was dominating the nation, causing widespread rain/thunderstorms in the top half of the country, and that northern Balochistan had also had light rain.

“Day temperatures likely to fall by two to four degrees Celsius in the province,” the PMD said.

Additionally, the PMD indicated that Karachi would have moderate rain today and Tuesday early along with partly cloudy skies. The cloudy, rainy weather will, however, give way to sunny sky on Wednesday.