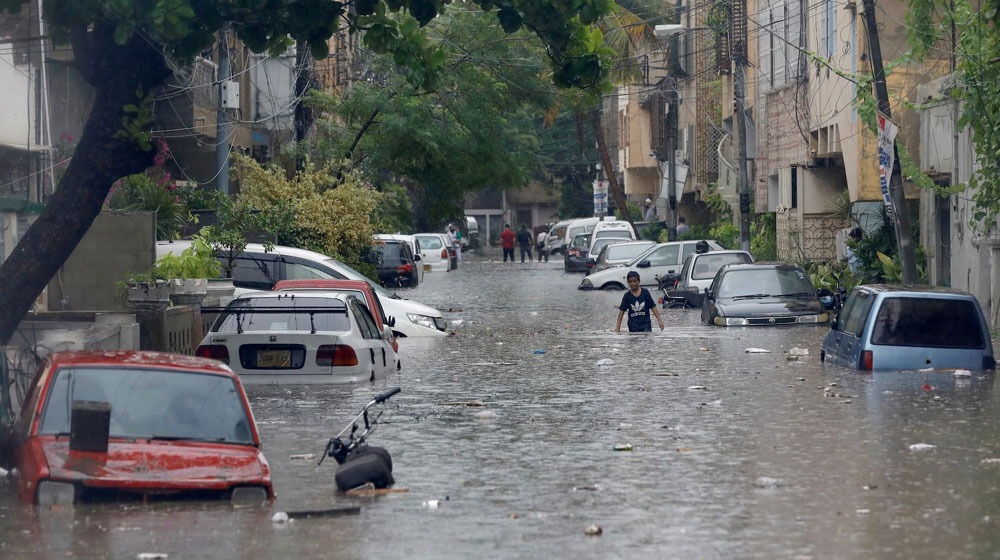 The news about the record-breaking rains that devastated the nation in June and July and resulted in the deaths of over 300 people was followed by the update from the National Disaster Management Authority (NDMA).

The researcher added that three to four monsoon systems might affect Sindh’s weather the following month.

According to the Pakistan Metrological Department (PMD), Karachi’s weather is predicted to be gloomy for the next 24 hours with possible rain.

The city’s lowest recorded temperature today was 26.5 °C, and the highest was expected to be in the range of 31 to 33 °C.

In addition, the PMD noted that there was 81 percent morning humidity and 18 kmph south to west winds.

The majority of the country is expected to see “above normal precipitation” in August, according to the PMD’s projection for the nation, because of regional and global circulation patterns.

More rain is expected to fall than usual in the coastal regions of Balochistan, Kashmir, the southern sections of Sindh, and the northeastern parts of Punjab. The majority of Khyber Pakhtunkhwa (KP) and Balochistan may receive precipitation that is “slightly above normal,” while Gilgit Baltistan may have rainfall that is “around normal.”

In addition to urban flooding in the lowlands where the major cities of Punjab, Sindh, and KP are located, heavy thundershowers are anticipated to cause flash floods in the hilly regions of Punjab, AJK, and KP.

In high-altitude areas, temperatures that are above normal will certainly hasten the melting of the snow in the Northern Areas and raise the possibility of base flow in the Upper Indus basin.

It is also anticipated that the unique hydro-meteorological phenomena over catchments may cause riverine floods.