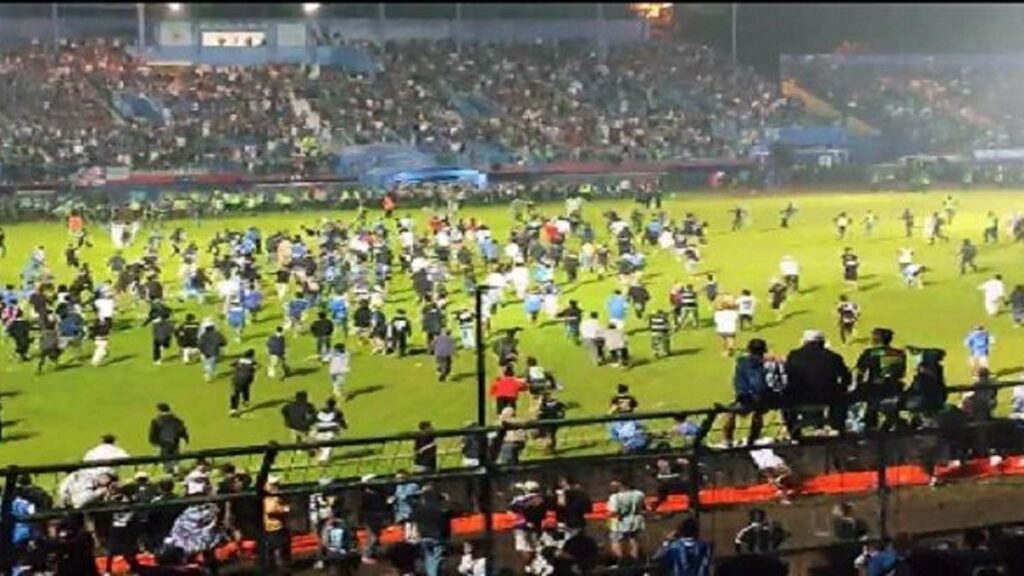 According to league authorities and local press reports, a professional soccer game in Malang, Indonesia, on Saturday night resulted in disturbances inside the stadium with tear gas being shot into densely packed audiences by the police.

The Kanjuruhan Stadium served as the site of the encounter between Arema FC and Persebaya Surabaya. Dozens of spectators rushed the pitch after Arema suffered a 3-2 defeat there.

Security personnel reportedly kicked and assaulted supporters in an effort to disperse the throng, according to The Times of Indonesia. The police fired blasts of tear gas into the stands and onto the field as clashes broke out. In one video from the incident, spectators can be seen fleeing tear gas clouds on the field. Numerous supporters eventually fainted, according to local news sources, and thousands of spectators battled to breathe.

It was not immediately known how many people died as a result of the rioting, according to League authorities. Although it was impossible to objectively validate the initial claims from the stadium, it was assumed that there had been dozens of fatalities.