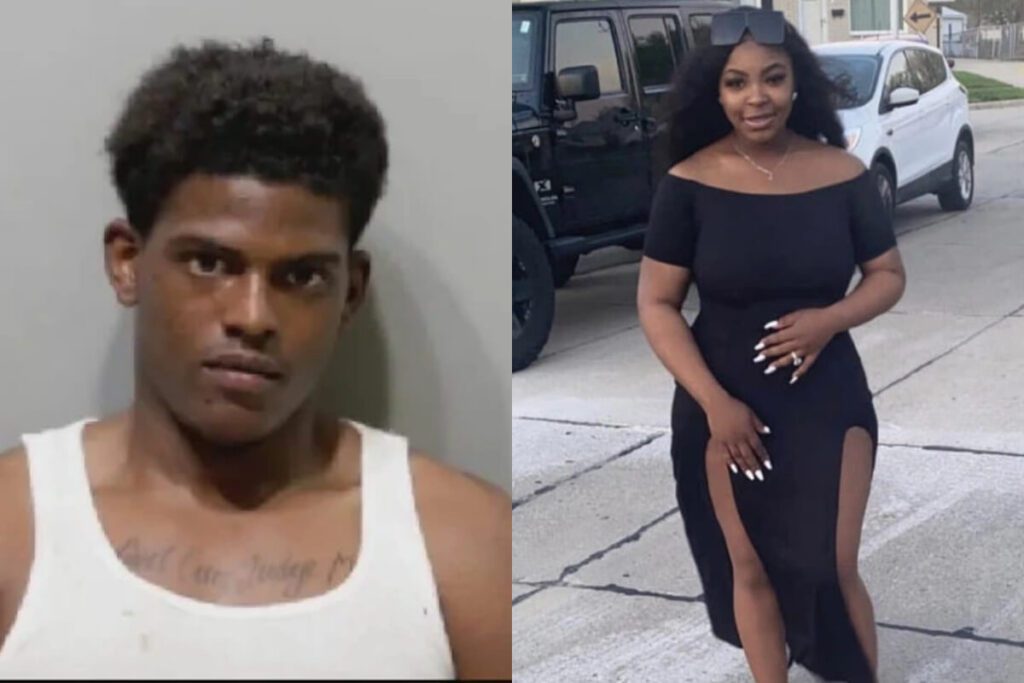 Weeks after being detained for cruelly torturing his ex-girlfriend by setting fire to her genitalia, a MICHIGAN man was charged with the murders of his mother, stepfather, and mother-in-law.

Prosecutors believe that Jonathan Welch, 23, committed a brutal triple homicide spree that rattled the Harper Woods neighbourhood after being freed on bond following the act of torture. On June 2, Welch showed up at the house he shared with his ex-girlfriend Zlayiah Frazier, 22, in a jealous rage.

According to a written statement from Frazier, Welch woke up the woman at 3am and started sexually assaulting her while demanding the passcode to her phone.

A detective testified in court on Monday during a preliminary hearing that after she refused, he started torturing her with an extension cord, power drills, and a metal spatula.

The Michigan man allegedly doused her with gasoline, used a spatula to burn her arms and legs, then set fire to her genitalia as their shared child was asleep in the adjacent room.

Frazier told the police that she was occasionally let to leave the room in order to comfort their distressed infant.

When Frazier was finally able to escape the four-hour attack, she ran to a neighbor’s home where she was shielded and covered with a blanket.

Welch fought back and kicked down the neighbours’ front door, but the neighbours still managed to contact 911 and protect the victim, according to WXYZ.

He was detained and arrested later on that day. Sadly, this was merely the start of his aggressive and harsh actions.

After several weeks, Welch was able to deposit the $10,000 required for bond and was freed on Friday, July 8, according to FOX 2.

The bloodbath was discovered when police arrived at Welch’s mother’s house the following Sunday.

The Michigan man, who was required to remain at his mother’s house, stabbed his mother, 42, several times in the back with a butcher knife, according to police.

Days later, Welch’s mother, Flossie Nicole Bray, tragically passed away from her injuries in the hospital.

According to investigators, he also used blunt force trauma to kill his stepfather Robert Bray, 70, and the mother of his kid Frazier.

“He was released from jail. His murder of my sister. He murdered my sister “Breonna Frazier, Frazier’s sister, reportedly told FOX 2.

Welch barricaded himself in the house and lit it on fire, and when authorities arrived on the scene, they were met with gunshots from him.

Police eventually managed to apprehend him, and in the backyard they found their one-year-old son. The kid was sent to the neighbourhood hospital for medical attention.

According to local media, Welch is now charged with 19 counts, including first-degree murder. There is no bond placed on him.