Luke Gilbert, shot dead by police for threatening them with a knife 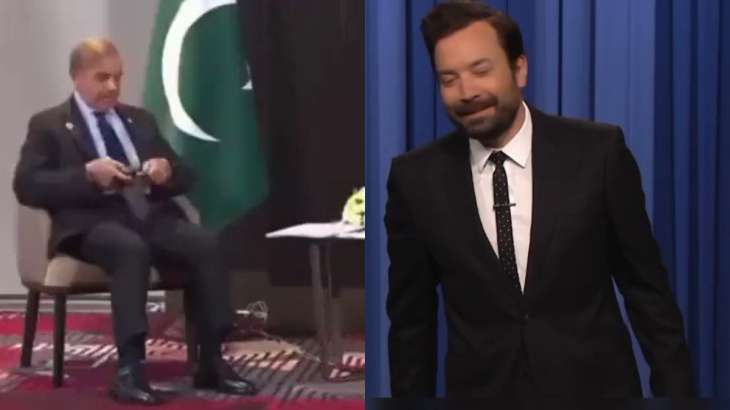 On the sidelines of the Shanghai Cooperation Organization (SCO) conference in Samarkand, Uzbekistan, Pakistan Prime Minister Shehbaz Sharif met Russian President Vladimir Putin. Even though the two had too many vital topics to talk about, Pak PM’s headphone trouble garnered media attention. He repeatedly attempted to attach it into his ear but was unsuccessful. The headphones just wouldn’t stay in their place and kept falling, even after he asked for assistance.

As a result of people sharing memes about it, the video went viral. As Sharif struggled to use his headphones, Putin couldn’t help but laugh. Additionally, Jimmy Fallon’s talk programme included the video. Additionally, Fallon and other online users didn’t miss an opportunity to mock the prime minister of Pakistan. The internet has been buzzing with an extract from Fallon’s most recent episode when he is seen making fun of Sharif. Fallon said during the broadcast after displaying Sharif’s popular video to his audience: “That guy is the leader of 220 Million people.”

However, several social media users took issue with Fallon’s jab at Sharif for his unpleasant incident during the SCO summit. “[email protected] Have you mentioned the horrific floods that destroyed Pakistan? Climate change is wreaking havoc on “a nation of 220 million people” due to the greed & wastefulness of YOUR country. You are not allowed to make fun of us if you haven’t paid to us or raised money for us “Internet user tweets

Everytime I have heard Jimmy Fallon, it’s been a cringe watch. Man is supposedly a comedian who fake laughs throughout half his show because his “jokes” are so flat. And now we know his jokes are tone deaf too. Using a flood ravaged country as butt of his stupid joke is a new low

this could happen to literally anyone?? how about jimmy fallon talks about the floods in pak instead huh? https://t.co/rthk2yG9DY

Cannot stand white people and their hypocrisy. @jimmyfallon chose to joke about Shahbaz Sharif on his show but radio silence on floods and funds. That’s white people for you.

Imran Khan, the former prime minister of Pakistan, and his Pakistan Tehreek-e-Insaf party were the ones to post Sharif’s video at first (PTI). The 22nd Shanghai Cooperation Organization Summit, which was held in Samarkand for the organization’s members and Council of Heads, came to an end on Friday. The SCO Summit was postponed twice in the last two years because of the Covid-19 outbreak.

Luke Gilbert, shot dead by police for threatening them with a knife