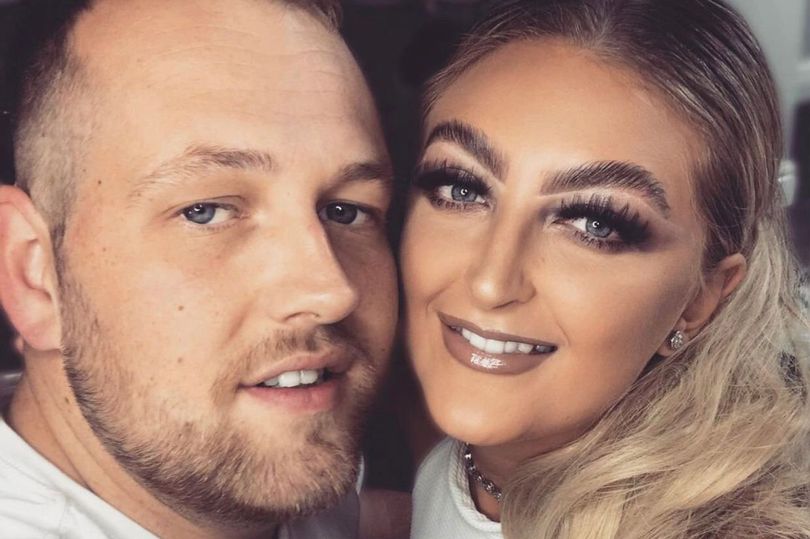 A mother who was spiked with a needle on a night out claims she would have passed away if her husband hadn’t administered CPR. On August 13, Tammie-Michelle Edwards, 25, went out with her best friend Lizz Fawcett, 20, for the first time since giving birth to James, her 8-week-old son.

While out, she just had a few drinks and drank water. She recalls having a few pre-drinks and a few glasses of Prosecco before going out. The mother of one can only recall leaving Royal Lancashire Infirmary at 6 am the following morning as her only memory of that evening.

It comes out that Tammie-Michelle was rendered unconscious after having a needle inserted into her arm. When her husband James came to pick her up, she had been sending him “jibberish” messages that “didn’t make sense,” and when he arrived, she was discovered unconscious outside The Crafty Scholar in Lancaster.

‘She doesn’t text like that, and I knew it wasn’t a typical her,’ James, 27, said. ‘I felt something was wrong. Lizz informed me that Tammie-Michelle required me right away when I arrived at the club.

“I just thought she was going to be drunk, I didn’t think at all that she had been spiked. Tammie-Michelle was sat on a chair like a dead body, Lizz was stood next to her with a glass of water and then there was a woman bouncer sat next to her as well.

“I grabbed Tammie-Michelle, and it was like dragging a dead body. As we was driving home, I thought she just needed to be sick as she was choking and wasn’t breathing.

“She was just lifeless – every time we was going around the corner she was snapping her neck, it looked like her head was going to fall off her shoulder. By the time we had got home, I had resuscitated her about six times.

“I was stood by the sink and I had resuscitated her around another 10 times. We then rang the ambulance, as there is only so much you can do when you’re not a paramedic.

“I can only try and save her life as much as I can, it’s such a scary thing – she literally did die in front of me.”

Lancashire Police then arrived at the house, just before the ambulance, and then a police officer then resuscitated her again. They then started to use a defibulator on Tammie-Michelle, which advised them to continue even more manual CPR.

She then went into the back of the ambulance, and after hours of not talking or responding once, she finally said she wanted James. He said: “She didn’t say my name once.

“Even when she saw her mum, she didn’t acknowledge her once – she just didn’t have a clue. When you’re drunk, you can at least talk but she just couldn’t.

“They said only one person could go in the ambulance with her, and Tammy-Michelle’s mum wanted to go with her. I was waiting outside the ambulance, ready to drive and follow it, but she started saying things then because her mum came out, saying she wanted me.”

She had begun to regain consciousness by the time she arrived at the hospital, but her brain “was still not operating entirely.”

After receiving CPR about 30 times, Tammie-chest Michelle’s is now in “excruciating pain,” and she is already “very exhausted.” James called the experience “traumatising,” but he is “over the moon” that his wife is doing well.

“I’m absolutely over the moon that she’s alive; it’s such a relief. If something had happened to her, it would have been the worst thing ever.

Since Tammie-Michelle “never dreamed it would happen,” she now wants to warn others about getting spiked. “I’m very careful of leaving my drink; if I do, I won’t go back to it,” she stated.

“I’m very good like that, I’m not stupid – I always keep my drink on me, so we all think it was an injection. Because I was pregnant last year when spiking was a big thing, I thought I would be fine when I finally could go out.

“You just don’t think it would ever happen to yourself, and then it happened to me on the first night out after having my son. It’s just crazy, really crazy.”

She added: “Please just be careful, I would suggest maybe going out in a bigger group and just stay safe. The venues should be patting people down and checking people’s bags, well that’s what I want them to do.”

The Crafty Scholar issued the following statement in response to the allegations of spiking: “We take every complaint of spiking extremely seriously and would want to reassure all of our customers that customer safety and welfare is our top priority. When Ms. Edwards started feeling ill, our door team helped her and gave a chair and drink.