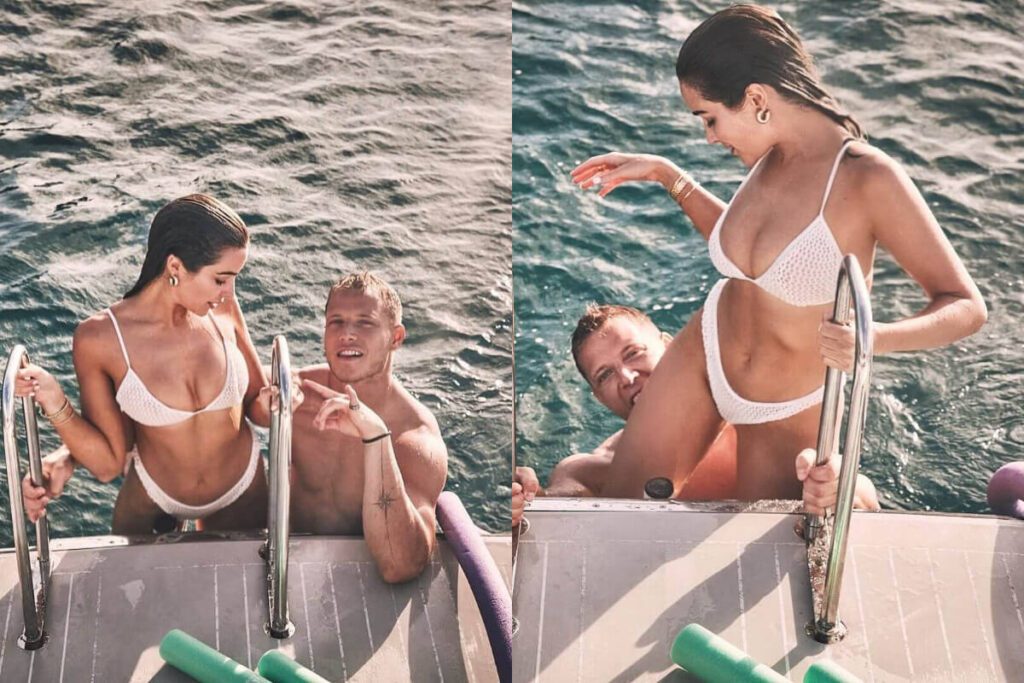 In fresh photos the model posted on Instagram on Sunday, Christian McCaffrey and Olivia Culpo put on a PDA display.

In one image of the duo by a dock in the ocean, the 26-year-old Panthers running back appeared to bite Culpo’s right leg.

The Sports Illustrated Swimsuit model, 30, captioned her photo with “It’s a shahk! ” while tagging Revolve and Camila Coelho Collection, the maker of her white crochet bikini. 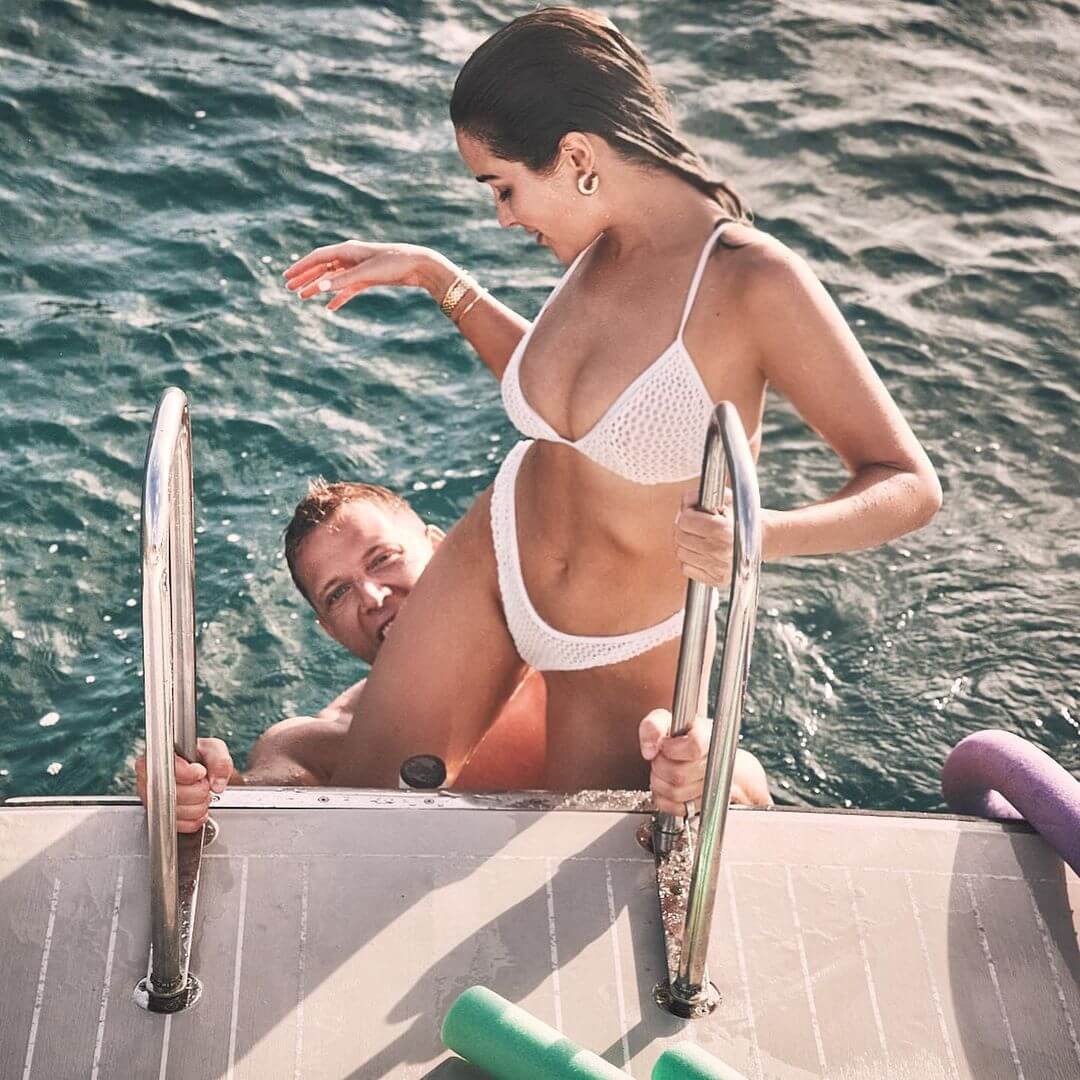 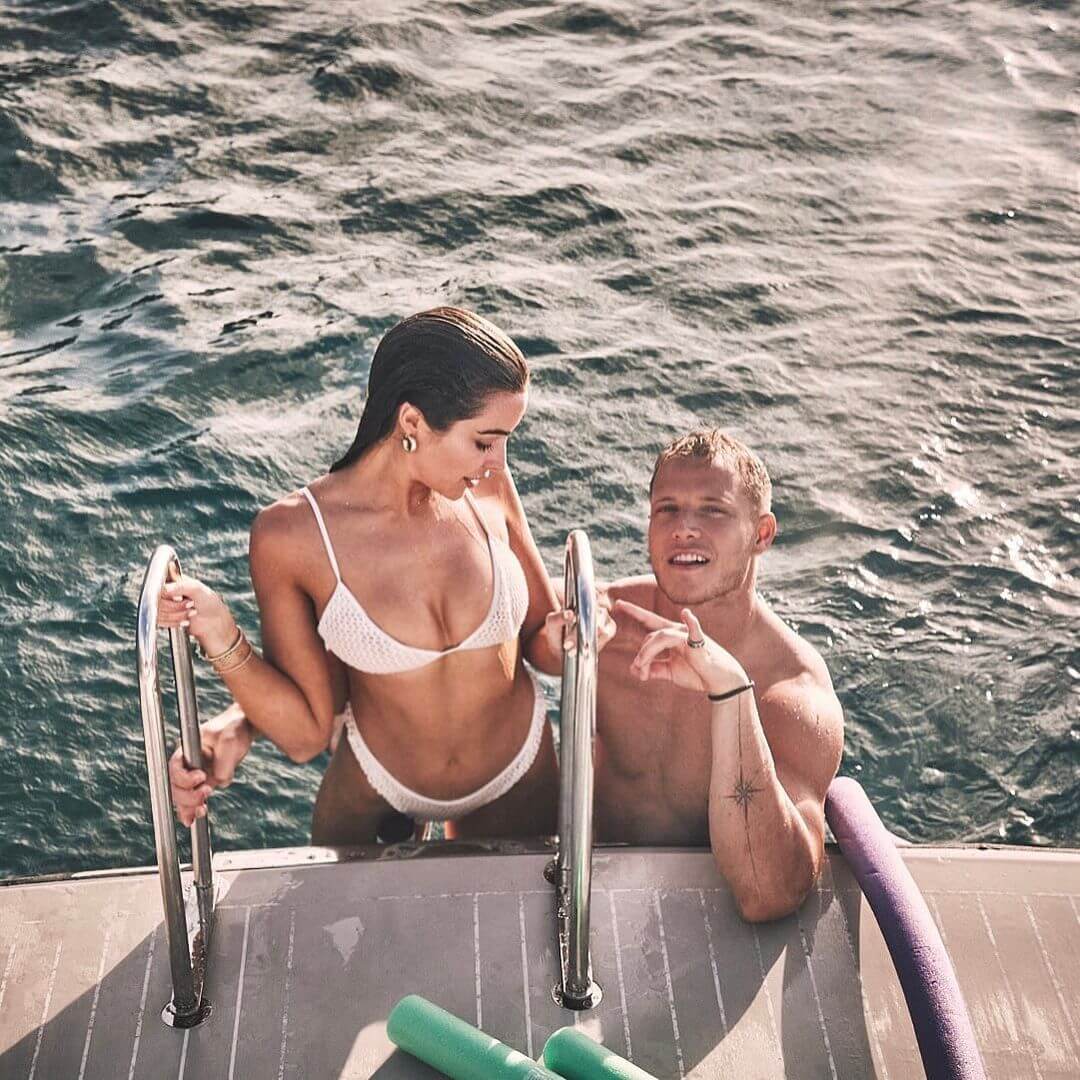 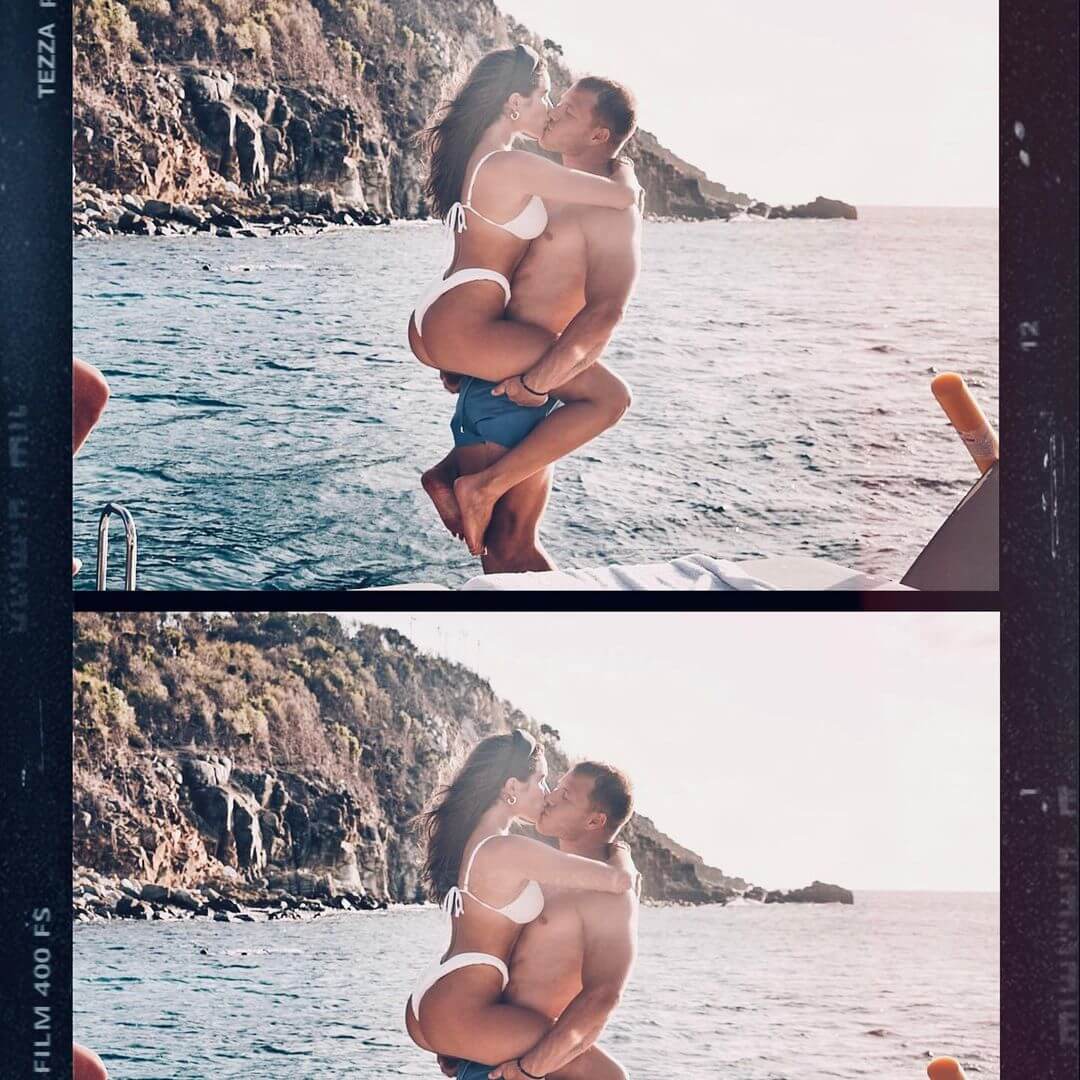 Other seductive pictures show McCaffrey hoisting Culpo in the air as they shared a kiss outside.

According to Culpo’s Instagram Story, the couple appears to be apart at the time the pictures were shot, making it unclear where they were. While McCaffrey has been in Panthers training camp, the model has been visiting friends and family in Rhode Island.

On Saturday, Carolina defeated Washington 23-21 in their first preseason game. Along with a number of other Panthers players, including wide receiver DJ Moore, McCaffrey was inactive for the game.

At Charlotte’s Bank of America Stadium, the site of the Panthers’ fan fest last week, Culpo and McCaffrey made love. In June, the pair commemorated their third wedding anniversary.

The upcoming season will likely include Culpo supporting McCaffrey, who has been a regular at his games in Charlotte.