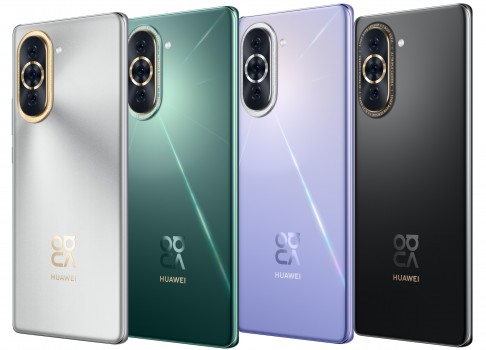 Two mid-range smartphones, the Nova 10 and Nova 10 Pro, were unveiled on Monday by Chinese telecom giant Huawei with vloggers and livestreamers in mind. The new phones have high-end front cameras and video-focused features like simultaneous recording with two cameras and auto-tracking the subject. Two front cameras on the Nova 10 Pro allow for up to 5-times digital zoom and 4K video recording. Nova 10 only has one front camera, in contrast. The Snapdragon 778G mid-range processor from Qualcomm powers the two versions but does not enable 5G. The slightly larger 6.78-inch display on the Nova 10 Pro sports a pill-hole design to provide more room for its dual cameras. the 6.67-inch punch-hole display on the Nova 10 is larger. The cost of the series is between RMB 2,699 and RMB 3,999 ($403 and $597).

Huawei presented the nova 10 and nova 10 Pro smartphones, two new additions to its nova series. They both have 120Hz OLED panels, Snapdragon 778G 4G chipsets, and 60MP selfie cameras, among other similar specifications. Alongside them, Huawei unveiled Huawei Tag, a proprietary NFC tracker.

Both smartphones have the same rear camera configuration, which consists of a 50MP main camera with an f/1.9 aperture and an 8MP ultrawide module with an f/2.2 aperture. A 2MP depth of field sensor makes up the third sensor. With 128GB or 256GB of storage, both phones include Qualcomm’s Snapdragon 778G 4G processor. HarmonyOS 2 provides coverage on the software front.