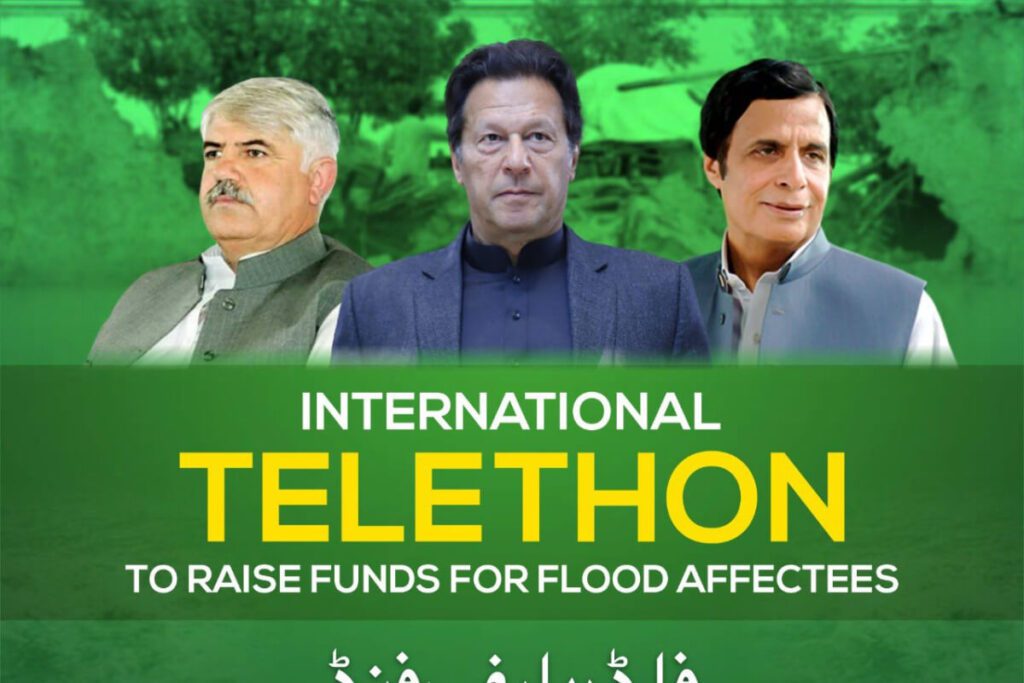 Tomorrow @ImranKhanPTI will be holding a telethon to raise funds for flood relief efforts. Details will be announced later today

Parvez Elahi, the chief minister of Punjab, called the PTI’s top officials earlier in the day to convince Imran Khan to announce a fundraising initiative for flood victims.

Parvez Elahi called Shibli Faraz and Asad Umar and pleaded with them to encourage Imran Khan to publicise a fundraising effort for flood victims. He remarked, “Floods have caused devastation throughout Pakistan; we should put everything aside and aid the sufferers.

He underlined the need for cooperation across the board in order to restore the nation’s roads, schools, and hospitals. The chief minister of Punjab declared, “The rehabilitation of the victims and the provision of food and medicines is among our top priorities.”

How to Donate in Imran Khan Telethon with Credit Card