How did five stranded friends die in Kohistan flood 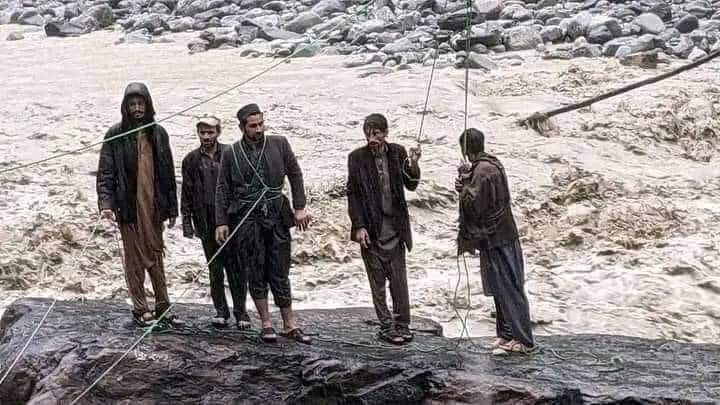 After the flood warning that ultimately resulted in their deaths, five friends were departing in their automobiles to seek shelter in a safe location when they were trapped on a rock for three hours.

When the victims noticed the flash flood coming their way, they exited their vehicles and stepped onto the rock.

The district administration claims that they were made aware of the event around 10:30am, at which point the rescue personnel were instructed to report to the scene.

However, because the bridge had collapsed, the rescue personnel had to walk to the victims.

The authorities requested a helicopter from the government for their rescue, but terrible weather prevented it from happening.

The government kept trying to save the victims, but four of them were washed away by the intense flooding. Only one of them was able to be saved, and only one of the dead was found.

The locals are requesting financial assistance from the government for their family.