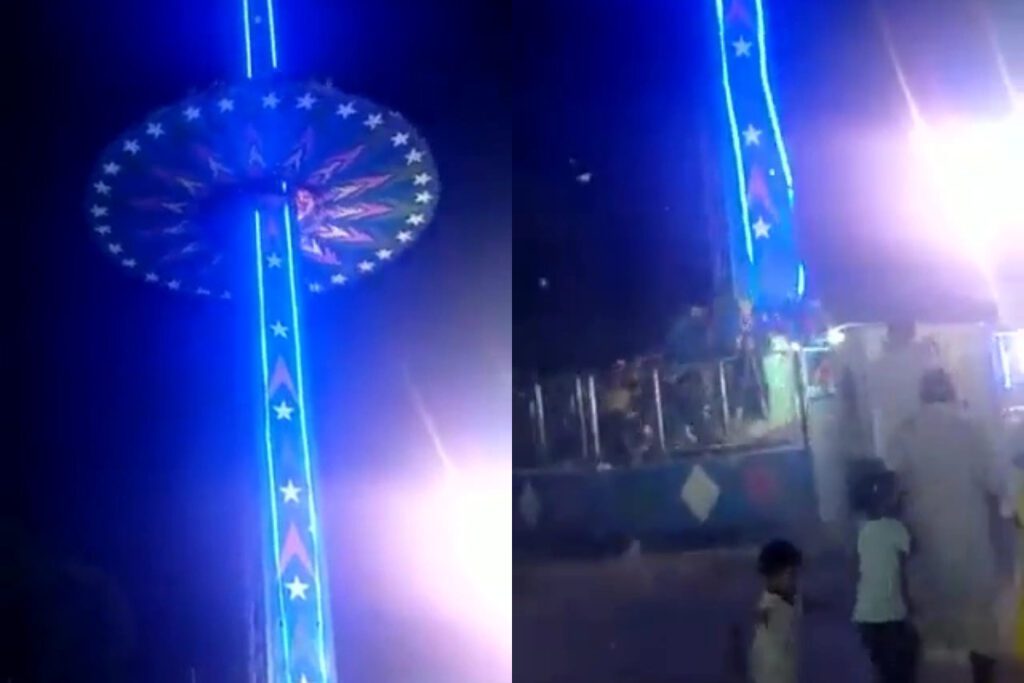 THIS is the horrifying moment a spinning amusement ride fell to the ground, injuring 50 people.

Screams from thrill seekers can be heard as they fall 50 feet to the platform when the attraction breaks down. Live Visual of swing breaking in #Mohali phase 8, Many people got injured. Around 16 women & kids were hospitalised after the incident. pic.twitter.com/bay5IfzHLB

A mother is seen caring for a youngster who is lying on the ground in the aftermath film as panicked witnesses react to the injured.

Because there were no ambulances at the fair, a local police official claimed that the organisers were “negligent.”

There is an investigation going on.

A fairground ride that soared out of control at Planet Fun in Northern Ireland also resulted in the hospitalisation of an additional six people, three of whom were children.