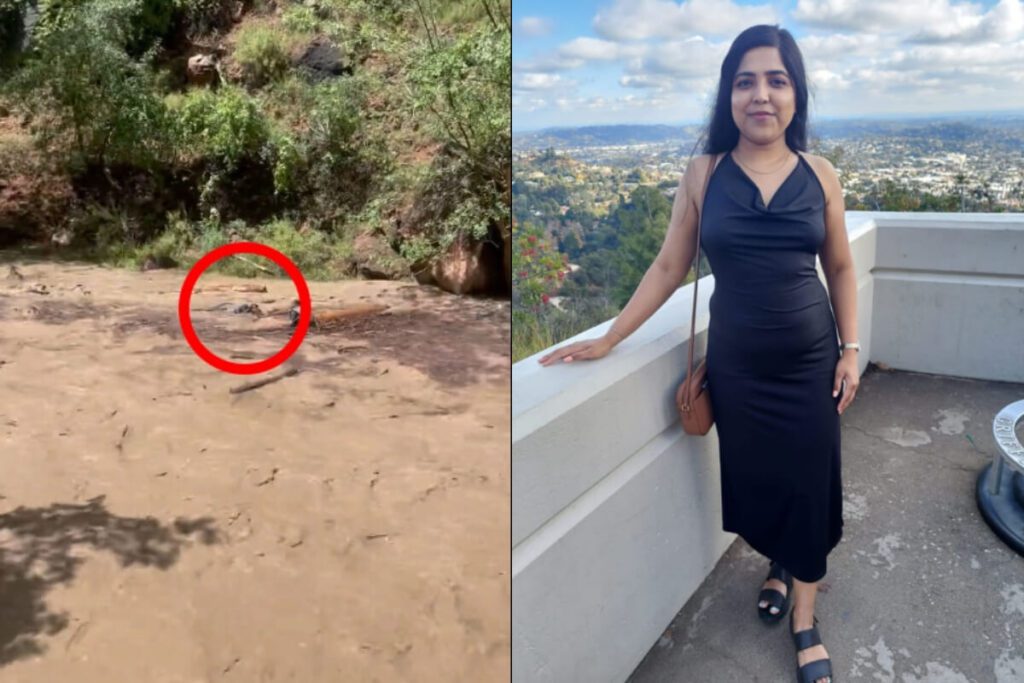 Family members suspect that a hiker who was washed away by flash floods last Friday may have been recorded fighting for her life, according to an obtained video.

The family of Jetal Agnihotri, 29, who died after being swept away by flash floods last Friday, fears that she was videotaped fighting for her life. She may have been captured in a heartbreaking bystander video that depicts two hikers battling to keep afloat in a murky river, according to Pujan Agnihotri, her brother.

The Tucson, Arizona woman vanished while hiking in the Narrows area of Zion National Park with her two college buddies.

Agnihotri made the decision to separate from the group and tackle the Narrows, which entails wading through a riverbed when the weather permits, despite hearing about flash warnings.

Due to the flooding, the pals decided to stay behind and made plans to meet that evening at 5.30 pm in the parking lot of the visitor’s centre.

The surviving group alerted authorities that Agnihotri had vanished when she didn’t show up.