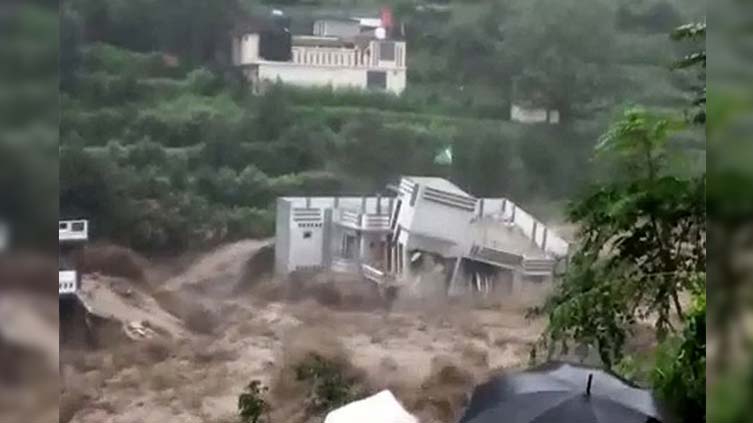 As the Khyber Pakhtunkhwa (KP) region, including Swat, continues to be battered by torrential rains, numerous bridges and hotels have been destroyed by floodwater.

Because of the damage that the floodwaters in Kalam, Swat, have done, the residents have been told to vacate their homes. In addition to the recently built Honeymoon Hotel in Swat, four mosques and bridges were also destroyed by the flash floods.

In the meantime, the National Highway Authority (NHA) has warned visitors and locals to stay away from “unnecessary” traffic.

The situation from N-90 to N-95 section [Bahrain to Kalam] is critical, according to an NHA spokesperson, as the floods have also harmed the approach road.

According to the NHA spokesperson, the Bahrain-Kalam highway’s neighbouring roads are also inundated.

On the orders of Maulana Asad Mahmood, Minister for Communications, NHA staff members are present in the affected districts, and work is being done.

The Khyber Pakhtunkhwa Disaster Management Authority has issued a flood warning for the Khwazakhela point of the Swat River.

The Swat River has reached a “high to very high” flood level, according to a press statement from the Authority, which might put populations living close the river bank in danger.