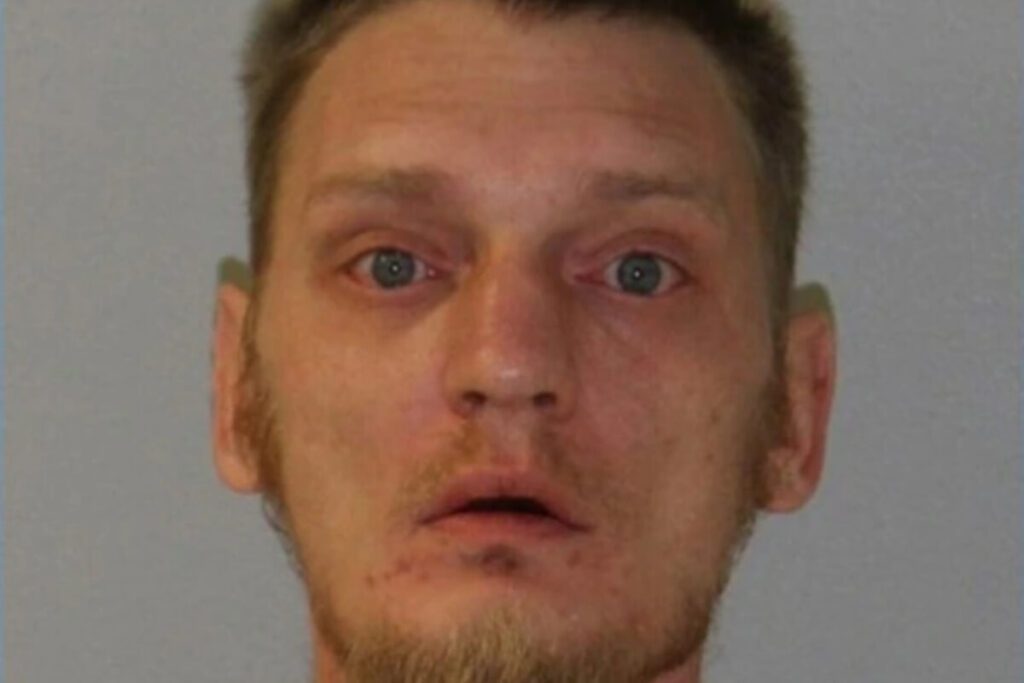 Share
Facebook Twitter LinkedIn Pinterest Email
A Little girl reportedly resisted being kidnapped when a guy allegedly tried to take her outside of her house as her parents were just a few feet away.
The six-year-old daughter and Deric Mcpherson, 33, were both visible on the footage of the attempted robbery.
The young woman in Hamilton, Ohio, was removing rubbish from the front yard of her house.
When Mcpherson paused and turned toward the girl, he was moving along the sidewalk.
After that, he touched her and tried to drag the young woman along the sidewalk by grabbing her wrist.
Immediately after screaming, the girl fled from the suspected kidnapper.
The girl’s mother, Mandie, told WLWT, “All I hear is blood-curdling scream.”
Mandie and her husband Ricky, whose last names will be withheld in order to safeguard the child’s identity, were inside their home only a few feet away when the kidnapping attempt took place.
The mom remembered: “I ask when I enter, “What’s wrong? Why is this wrong?”
Somebody attempted to kidnap me, her daughter informed her. Mandie added, “Some man tried to abduct me and he grabbed my private parts.”
Mandie and Ricky attempted to pursue the accused kidnapper because they wouldn’t let him escape.
Ricky then made the decision to drive his car after Mcpherson in an effort to catch up with him.

“The only thing that kept running through my mind was, ‘I can’t let him do this to another kid’,” Rickey said.

He said: “And he tried to dip in and out of alleys, through people’s yards to try to get away from me.”

Mcpherson, who was on foot, then “immediately cut into the parking lot behind Paul’s Auto,” Ricky said.

“I went around the other side to see where he was at, and I found him sitting inside an old Dodge caravan.”

“I’ve always told her that if somebody ever touches her, talks to her or grabs her, make a scene, scream as loud as she can and fight.

“She screamed bloody murder and pulled against him and got away from him,” Ricky said.

Mcpherson has been charged with gross sexual imposition and abduction.
Mcpherson was captured by Hamilton police right there on the spot.
Fortunately, the girl’s parents had discussed stranger danger with their daughter and they encouraged other parents to do the same.
Deric Mcpherson
Share. Facebook Twitter Pinterest LinkedIn Tumblr Email