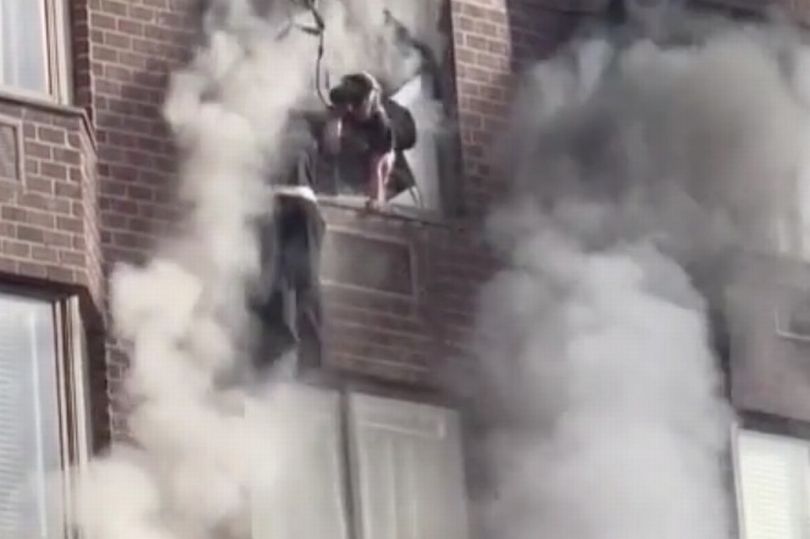 This scary situation occurred when a woman had to be rescued from the 20th floor of a burning building.

On Saturday in New York, heroic firefighters were shown on camera assisting tenants in escaping a high-rise apartment building where more than 30 people, including five firefighters, were hurt.

After becoming trapped on the 20th floor of the 37-story building on East 52nd Street in Manhattan, two people were taken to the hospital in critical condition, while two others were in a serious condition.

According to the New York-Presbyterian Hospital, as of Sunday evening, 28 of the 34 patients who were admitted after being taken to the hospital had been released.

After eye-catching video emerged of firemen using a rope to rescue a woman trapped in the fire, the New York Fire Department lauded its personnel.