Horrific Moment: Man slashed his own throat’ on Facebook Livestream 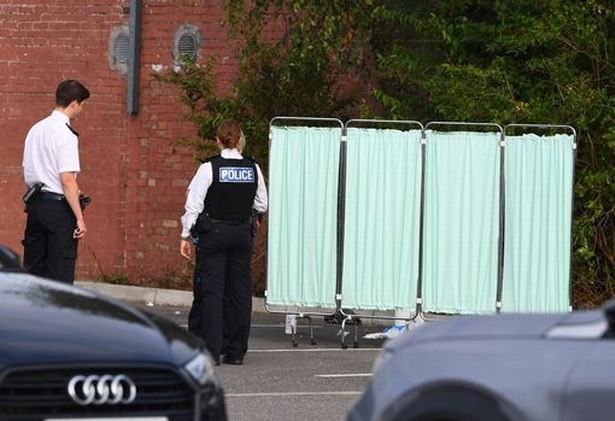 Police reportedly swarmed a Liverpool parking lot after a man allegedly stabbed himself in the throat.

According to the Liverpool Echo, police have blocked off a section of the short-term parking lot on St. Chad’s Drive.

On Facebook Live, a disturbing footage of the incident that happened close to Kirkby Police Station was shown.

A DJ who was unrelated to the event reported seeing police everywhere when he came for his job at a pub at 5 o’clock, according to the Liverpool Echo.

He said a sheet was put up and the man was loaded into an ambulance.

One man said: “I think it’s bringing Kirkby to its knees. It worries me all the police and knives what’s happening.”

According to reports, police are still present, with certain areas cordoned off.

A automobile that was parked close to St Chad’s Health Center near St Chad’s Drive has been torn away.

Merseyside Police said in a statement: “We can confirm that officers were on St Chad’s Drive following an incident this evening in Liverpool (Friday, August 26).

“At around 5pm officers attended an incident near Kirkby Police Station where a man was detained.

“The man was taken to hospital with serious injuries to his throat following the incident where he remains in a stable condition.

“A 55-year-old man from Kirkby was later arrested on suspicion of grooming a child under 14 and possession of a bladed article.

“An investigation is underway and a scene in place in the area whilst officers continue witness enquiries and examine CCTV footage.”