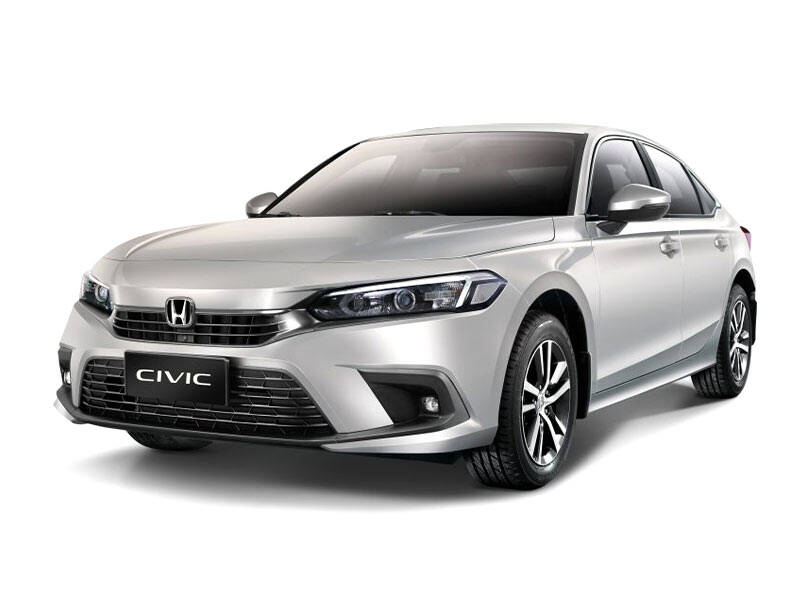 The Pakistani automaker and Honda subsidiary Atlas Honda produces the Honda Civic there.

The first Honda Civic had a 1,169 cc four-cylinder water-cooled engine and front power disc brakes when it was introduced to the world in 1972. It may be ordered as a two- or four-door fastback sedan, a three- or five-door hatchback, a five-door station waggon, or another variation.

In 1979, the Honda Civic of the second generation went on sale with the 1980 model designation. It was more spacious inside, had an angular form, and had an improved engine. Three transmissions were offered for this generation of Honda Civics: a 4-speed manual, a 5-speed manual, and a 2-speed semi-automatic Hondamatic.

The Civic, which was formerly classified as a subcompact, has become a compact car since 2000.

In September 1983, the third generation made its global debut for the 1984 model year. The new model had a more elegant look and a longer wheelbase in addition to being more roomy inside. The third generation Honda Civic was able to win the “1983 Car of the Year Japan Award” thanks to its improved construction and comfortable interior.

In September 1987, the fourth generation Honda Civic—with a fresh and improved design—was introduced. With a lower hood line and fully independent rear suspensions, the automobile had greater dimensions. This generation provided a wide selection of vehicles and trim levels for diverse markets throughout the globe.

For the 1992 model year, the Honda Civic’s fifth generation was unveiled in September 1991. The new Civic had larger interior and exterior dimensions, which also increased the vehicle’s overall size. Additionally, it had a curvier body than before and more aerodynamic appearance. The ride was smoother and the automobile performed better because it had a higher cowl that allowed for additional suspension travel. As a result, the fifth-generation Honda Civic won the title of “Japan Car of the Year.” At the time it was sold, it was Honda’s most fuel-efficient model.

The fifth-generation Honda Civic initially entered the Pakistani market as a completely built unit (CBU), but it was formally introduced in 1993 following the establishment of Honda Atlas Cars Pakistan Limited.

For the 1996 model year, the sixth generation Honda Civic was released on the international market in September 1995. It had brash, contemporary styling that gained worldwide acclaim right away. It also came with Honda’s first Civic powered by natural gas, the GX, as well as several suspension and engine options.

The 6th generation Honda Civic, often known as “EK,” was the first Honda to be locally produced in Pakistan. It had a variable valve timing engine with a 1.5L conventional gasoline injected unit or a 1.6L VTi engine choice, both with manual and automatic transmission options. Internationally, the Civic was offered with a variety of body types and engine options, but the Pakistani market only had access to the sedan.

Few cosmetic changes and more inside ones were made for the 7th generation Honda Civic. The redesigned Civic, which was introduced in September 2000 for the 2001 model year, was classified as a compact car size due to its flat rear floor. The new Civic had a Prosmatec (PROgressive, Shift schedule MAnagement TEChnology) gearbox and was available with 1.5L and 1.6L VTEC engines.

In 2004, it underwent a facelift, which made it immediately popular in the Pakistani market. The facelifted 7th generation Civic, sometimes known as the “eagle-eye,” has a completely different attitude.

The eighth-generation Honda Civic was introduced in September 2005, however it wasn’t until 2006 that it arrived in Pakistan. Its outstanding 1.8-liter 140bhp engine was the most powerful and had the biggest displacement when compared.

The 2011 global introduction of the 9th generation Honda Civic preceded its arrival in Pakistan in 2012. It had an Eco Assist system and a 1.8-liter engine. In Pakistan, it was referred to as “rebirth.” Due to its subpar construction, this generation of the Honda Civic is by far the least successful.

In addition to a variety of cleaner, more potent, and more efficient engines, the 10th Generation Honda Civic entered the global market in 2015. It was introduced in the Pakistani market in 2016 with the name Civic X. It is a subcompact car with a front-engine and front-wheel drive. In Pakistan, it is offered in three different variations: the 1.5 RS Turbo, the 1.8-Liter VTI Oriel, and the 1.8-Liter.

The new Honda Civic 2023 has a fashionable design language and a front grille in the latest generation fashion. Daytime running lights with an auto-off timer are located on the front of the vehicle. While the RS model has LED headlamps, the Standard and Oriel versions use halogen projector headlamps. Additionally, the Civic RS has auto high beam, auto lighting adjustment, and auto headlights.

The base variants of the new Civic lack front fog lamps and a panoramic sunroof. One-touch lane-winker, side mirrors with built-in turn signals, lens-style tail lamps, electrically adjustable door mirrors, and remote retractable mirrors are additional features that come as standard in all models.

Honda Civic 2023’s 11th generation inside is intended to be cosy and roomy. The Standard and Oriel versions of the automobile have urethane-wrapped electric power steering, while the RS version features leather-wrapped steering

Back pockets and height-adjustable seats are included. There are cupholders in both the front and back armrests. Power windows, power door locks, inside illumination, a front USB connection, the lining of the trunk lid, a self-opening trunk, and a trunk hinge cover are further standard equipment.

The 7-inch MP5 touchscreen and 4 speakers are standard on the Civic Standard and Oriel models. A front camera, a dynamic back camera, and a webcam are all supported by the 9-inch Android-based entertainment system that comes with the RS model.

The brand-new Honda Civic of the 11th generation, which goes on sale in 2023, is equipped with all the most modern safety features, such as an anti-lock braking system (ABS) with electronic brake-force distribution (EBD), vehicle stability assist with traction control, hill start assist, emergency stop signal, driver attention monitor, and auto-door lock by speed.

SRS airbags, a driver seatbelt reminder, a smart buzzer, a child lock, a safety alarm, and an immobiliser are additional standard safety features.

Performance ratings for the Honda Civic 2023 are among the best in the class. The car is well-handled, rides in a composed manner, and has a powerful engine lineup. The fuel economy on the Civic is also quite good. The new Civic 2023 does have better ride performance but lacks good acceleration.

The CVT is responsive and pairs well with Civic engines. With its responsive steering, this car is remarkably easy to maneuver around corners. While riding on rough pavement, it provides a comfortable ride, and it has powerful brakes.

Honda Civic is not a new name in the market and as it is locally assembled, its auto parts are easily available. Its maintenance and repair is also easy as all the mechanics have extensive knowledge of the car.

Honda Civic competes with Toyota Corolla Altis Grande and Toyota Prius in the Pakistani market. Honda beats both the Altis Grande and Prius due to its larger dimensions and better stability but Toyota has a strong and loyal fan base in Pakistan due to which it gives a strong competition to the new Civic.