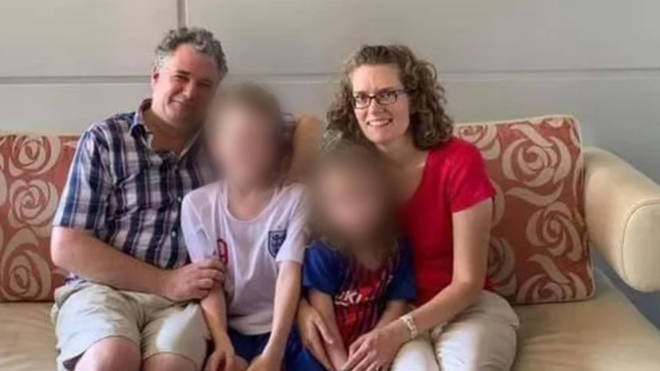 On a journey from Hong Kong to the UK, a woman (Helen Rhodes) lost consciousness and remained unresponsive. She was later pronounced dead. The passenger, identified as Helena Rhodes, took a journey with her husband and children; she dozed off and never awoke. She was found to be unresponsive when we tried to wake her up.

Helen Rhodes: A mother died in sleep on the flight to the UK

After living overseas for 15 years, Helena was about to return to the UK when the terrible tragedy happened on August 5. A Go Fund Me campaign was then created to support her family. Up to this point, more than 13,000 euros have been collected.

Jayne Jeje, a close friend of Helen’s who regarded her as a remarkable person and an important member of her community in Tung Chung, Hong Kong, started the campaign.

She added that although the experience left her family shocked and in profound shock, they were given the opportunity to say Helen’s final goodbyes. But sadly, for the remainder of the trip, Helen’s lifeless corpse stayed on her seat.

Helen was characterised as a kind and caring wife and mother who kept her entire family close. Helen had not visited the UK and seen her family since the coronavirus epidemic broke, therefore her body was kept there while the rest of the family flew to the UK. So, regrettably, she was unable to fulfil her wish to see her family one again.

Helen owned her own business selling craft supplies and worked as a midwife. More than 200 women benefited from her medical counsel while she was a member of the close-knit club Mum Chums.

Her close friends regarded her as compassionate, giving, and humorous. The family would use the funds earned by the campaign to cover funeral costs and other expenditures.