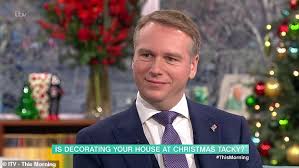 The Queen was “just like everyone else” behind the scenes, according to King Charles’ old butler, who recalled that he “lived his childhood fantasy” of dancing with her at Balmoral.

The globe was in mourning on Friday as Grant Harrold, 44, chatted with Australian radio DJs Ryan “Fitzy” Fitzgerald and Michael “Wippa” Wipfli on Nova 96.9 about the monarch’s loss on Thursday after passing away at Balmoral at age 96.

Scottish native Mr. Harrold, who worked at Highgrove from 2005 to 2011, said he was “in shock” as he revealed the “other side” of Her Majesty, whom he jokingly referred to as “Mrs. Windsor.”

He revealed that after watching a documentary about the royal family as a child, he asked his father how to dance with the Queen.

‘He said “you either marry into the family or you work for them. And I quite seriously thought “who could I marry?”.

‘And realise that that obviously maybe wasn’t a clever move. But then I wrote to the Queen, I wrote two letters to her. I even sent a picture so she knew what I look like and basically said one day I will come to work for you.

‘And obviously didn’t quite happen like that because I went to be a butler for her son.’

Mr. Harrold met the then-Duchess of Cornwall in the Balmoral ballroom exactly eleven years to the day after watching the video.

‘And I said “that’s because of this dream that I had when I was young. I said I think I’m going to dance with the Queen tonight” and she said, “there’s 150 people in this room. It’s highly unlikely the Queen would dance with you”.

‘And I looked down and I hadn’t. I turned around and saw the queen.

‘She put her hands up to dance and, and then we’re into Rio.’.

The royal butler added it was an ‘amazing’ experience.

‘I’ve got so many great memories. I even remember one occasion, running down a corridor with her.

Adding it was ‘years ago’ he went on:  ‘I can’t remember what I was doing but I was I was doing something and she started kind of running.

‘I was thinking nobody’s gonna believe that I’ve actually been running with the Queen.

‘It was a very fast run, it was hard to keep up with her’.

Mr Harrold also revealed there were ‘two lovely sides’ to the Queen.

‘There’s always the side that we all know we all see we all love, which was the queen, and then there was the Mrs. Windsor, that can be the behind the scenes where she was just like everybody else.

‘She has the same likes, dislikes habits’.

He added there is ‘footage online’ of her at different races and ‘getting excited and running around’.

The butler also shared he was ‘officially introduced’ to Her Majesty by her son Charles at her 80th birthday.

‘I was busy actually serving at the time, and it’s most awkward moment when the middle of service you suddenly have an introduction.

‘I remember the Prince kind of standing around and says, “Mummy, this is this is Grant one of my Butlers” and she went “oh” and she looks around and I though “oh God what do I do now, drop the dashboard or keep standing there, I don’t know what to do!”

‘And she looked at me and smiled and started chatted with me and I was so nervous and so overwhelmed that the Prince had just introduced me to the Queen.

‘She said something to me, and I think I literally went blank because I couldn’t get my words out.’

Mr Harrold also recalled that during a Buckingham Palace Garden Party the Queen came over and asked him if he’d seen the flowers in the garden, before telling him to ‘go have a look’.

‘It was really funny because it was funny because you can’t say “oh I’ll look later”. So off you trot to the direction you’ve been pointed to.’

The butler continued that there were plenty other tales from daily life at the palace that he could share, such as the time the Queen laughed at him for bowing while he was on a horse.

‘She loved the Commonwealth,’ he added.

‘The amount of times you came over to Australia, she had a love for everything. And I got upset from it yesterday, she meant a lot.

‘She was an amazing lady and I feel really lucky to have had the the honour of actually knowing her for part of her life.