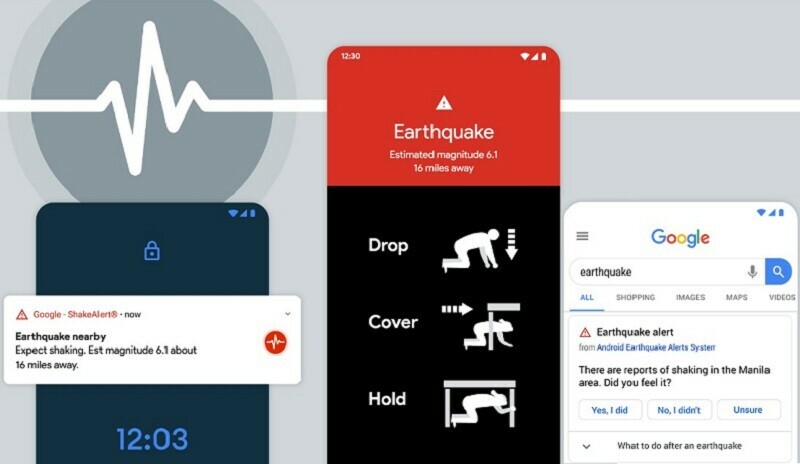 Google on Tuesday announced the arrival in Pakistan of its Earthquake Alerts System, which is designed to track seismic activity and alert users to potential emergencies.

The system gives Google search information in almost real-time. According to the statement, when individuals search for “earthquake” or “earthquake near me,” they will get relevant results in addition to useful materials for what to do after an earthquake.

It stated that consumers could disable notifications in their device settings if they did not want to receive alerts.

“Past earthquakes in Pakistan have primarily affected the northern and western regions of the nation. Android users in Pakistan may start receiving automatic early warning messages that help them be ready for an emergency as a result of the extension of this seismic warnings system.”

According to Google, based on the size and strength of the earthquake, the system shows two different types of alerts.

“When earthquakes with a magnitude of 4.5, or an intensity level of 3 or 4 on the MMI scale, strike, a function called “Be Aware” notifies users. The distance to the epicentre of the earthquake is included in the notification. Current loudness, vibration, and Do Not Disturb settings are used by the alert.”

A full-screen alert for earthquakes with a magnitude greater than 4.5, or an intensity level of 5 and above on the MMI scale, is provided via another important feature called “Take Action.”

The phone plays a loud sound and full-screen instructions are displayed to help people get ready for probable significant shaking.

In New Zealand and Greece, the Android Earthquake Alerts System was initially released.

According to the announcement, it is now accessible in other nations, including Kazakhstan, the Kyrgyz Republic, the Philippines, Tajikistan, Turkey, Turkmenistan, the United States of America, and Uzbekistan.