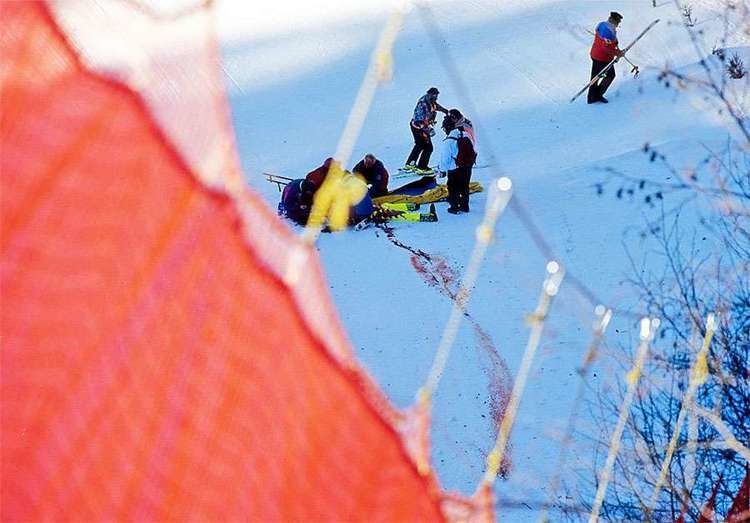 He took part in the Junior World Championships in 1988 and 1989 while representing the Austrian Ski Association. He came in 13th place in the 1989 downhill.

At the Austrian Youth Championships in 1989, Reinstadler took home three medals. He started preparing for the Lauberhorn downhill in Wengen, Switzerland, in 1991, the same year he made his World Cup appearances.

On January 18, when the top 30 finishers for the World Cup downhill competition raced, he participated in the qualification downhill after placing 29th and 39th in the two training runs.

A video of Gernot Reinstadler in which he lost his balance and was fatally injured was posted on YouTube. This video has been identified as the skier’s death footage from Austria.

The typically cheery World Cup ski circuit was rocked by the news that a teenage Austrian skier had passed away from wounds sustained in a qualifying race in 1991.

The 20-year-old Gernot Reinstadler passed away on Saturday from severe internal injuries he sustained while trying to qualify for the postponed World Cup downhill. The medical staff failed to save him.

According to a statement from the regional hospital in Interlaken, where Reinstadler underwent intensive surgery after the accident, the racer’s right leg was almost completely severed.

Reinstadler was our future downhiller, Austrian veteran Peter Wirnsberger remarked after the event. This weekend’s two World Cup races were abruptly cancelled, and the Austrian team left right away while still in shock and unable to comment on what happened.

The gruesome accident that killed young Austrian skier Gernot Reinstadler in 1991. Reinstadler’s ski got caught in the safety netting, nearly ripping his leg off. The accident caused his abdomen to rip open causing mass blood loss. He died in hospital 12 hours later. from MorbidReality