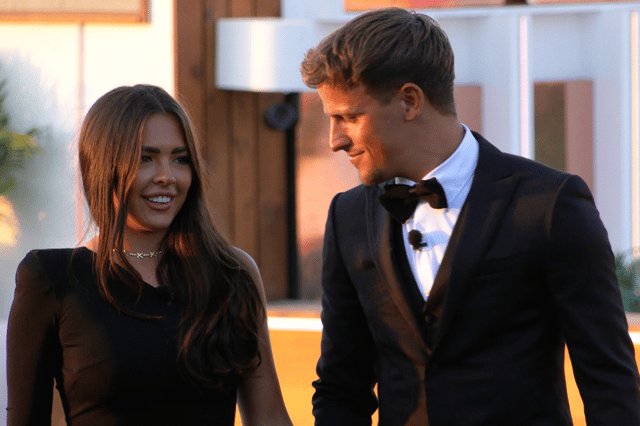 Season eight of Love Island 2022 has come to a close with Ekin Su Culculoglu and Davide Sanclimenti taking home the £50k prize after eight weeks of drama, breakups, reconciliations, and public voting.

Over the course of eight weeks, Love Island is notorious for transforming everyday people into billionaires, with the majority of candidates arriving at the island having steady employment.

Nevertheless, Gemma Owen, who is dating Luca Bish, had lead an opulent life before moving into the Love Island house. She was the youngest participant to ever enter the programme, and despite not receiving the Love Island prize money, it is anticipated that she will make much more than £50k.

Who is Gemma Owen?

In the inaugural episode of Love Island, 19-year-old Gemma Owen joined the villa and became the program’s youngest-ever contestant.

She is the daughter of former footballer Michael Owen and a professional dressage rider for Great Britain. Prior to moving into the Love Island villa, she could have expected to make £136 per hour.

She hooked up with Liam Llewellyn to start her Love Island romance, but Davide ended up picking her in the first recoupling of the season. Since the first episode of the series, Gemma has been dating fisherman Luca Bish, who also arrived at the villa with the original group of islanders.

Since they started dating, their path has mostly been smooth sailing. The couple persisted in their relationship over a trying week in Casa Amor and eventually made it to the Love Island final, where they came in second place in the public vote.

Who is Gemma Owen’s father?

Michael Owen, regarded as one of the most exciting attackers of his generation, graduated from the Liverpool academy and, at the age of 17, became the club’s youngest-ever goalscorer when he scored his first professional goal against Wimbledon in the Premier League.

He would also make his England debut the following year, at the 1998 World Cup, when he scored an astonishing solo goal against Argentina.

In the process, he was also awarded the 1997–1998 and 1998–1999 Premier League Golden Boot. He defeated Oliver Kahn and Raul to win the Ballon d’Or in 2001 thanks to his accomplishments with Liverpool and his precise goal-scoring.

After leaving Liverpool in 2004 to join Real Madrid, Michael Owen struggled to regain the same level of performance at Newcastle United, Manchester United, and Stoke City in his later years due to injury problems. With 150 goals, Owen ranks eighth all-time in Premier League scoring. He retired from football in 2013.

He has worked as a football pundit for BT Sport since he retired.

How much are the Owen’s worth?

Michael Owen, Gemma’s father, reportedly has a net worth of roughly £54 million, which he accumulated from his prosperous football career and later endeavours, including his investment in Manor House Stables.

Gemma Owen was raised in a rich family and continues to reside at home in North Wales with her family in a mansion that is thought to be worth £4 million.

Gemma revealed to the public during the series that her horse is called Sirius Black and that the family home kept about 12 horses.

Gemma Owen has amassed 1.2 million Instagram followers during her time on the show, and it is anticipated that a significant portion of her revenue will come from partnerships and sponsorships with a variety of different companies.

Gemma Owen is a prominent dressage rider who also established her own high-end swimsuit company, OG Beachwear. Since it was created in 2020, the page has gathered 30,900 followers on Instagram.