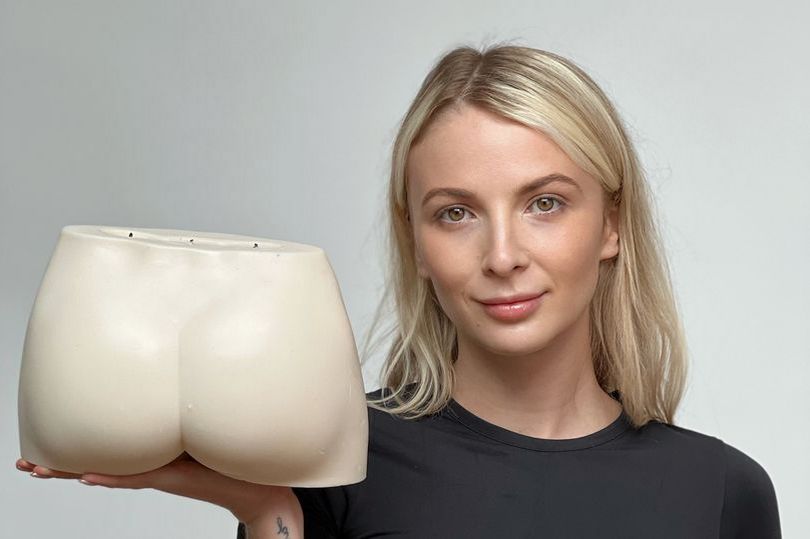 A woman has spoken about how she started a company producing candles in the form of bottoms with her last £300. Two years later, she has made £422,000 from selling them to high-end retailers and celebrities.

After losing her employment in the hospitality sector due to the pandemic, 26-year-old Gaby Jones was considering her options carefully. Her partner and her were dining at Wagamama when she had a lightbulb moment, according to My London.

The Chiswick woman said: “I had £300 in my account and said to him, ‘I want to make candles’. But not basic candles, I wanted to make a statement. He said he will give me £300 and help me figure out what needs to be done.”

The first Caa Candle mould was developed by Gaby and her team in the kitchen of the aunt of her lover. Caa, which honours the female form in all its splendour, is named after the Roman goddess of fire and women.

She continued: “We wanted to make a massive candle that no one’s done. Arguably, people would really say you should start smaller as that would be cheaper to make but we wanted to make a statement. We got our first mould made which took all of the £600, it was really expensive.

“It was a big risk. After we sent them out, the reaction was amazing. Within three days we made our money back and were actually profitable.

“Then, two weeks later, we got an email from Selfridges. I remember telling my boyfriend ‘oh my goodness!’. We did our first order from my boyfriend’s aunt’s kitchen, it was chaos.”

As Gaby calls them, the recognisable “huge bum” candles have appeared all over the world. 14 department stores around the world, including Selfridges, Harrods, Flannels, and many others, carry them.

You can find their personal Ca’a candles on their mantles if you look at the Instagram postings of celebrities like Chrissy Teigen, Ferne McCann, and Rochelle Humes, to mention a few.

Gaby concluded that the process of producing the candles in her aunt’s kitchen had gone on for too long after receiving an even larger order from Farfetch. They opened their own studio four months after starting, and they have since become well-known.

Gaby said: “I was broke. It was such a big risk setting this up and taking these big risks right at the beginning is quite a big deal but it paid off. Opening our own studio here was a proud accomplishment after seeing where we started. After a year we wanted to get into the US market and my boyfriend has a green card, so we just went for it again.

“When I lost my job I thought it was the end of the world. It sounds philosophical but it’s knowing that there is something better out there for you. Life is crazy like that. Never in a million years did I think I would make a living selling bum candles”, she chuckles.

Gaby has made approximately $500,000 (£422,000) with the firm in just two years. To modernise their website and strengthen their engagement with customers, they just obtained a £220,000 startup investment.