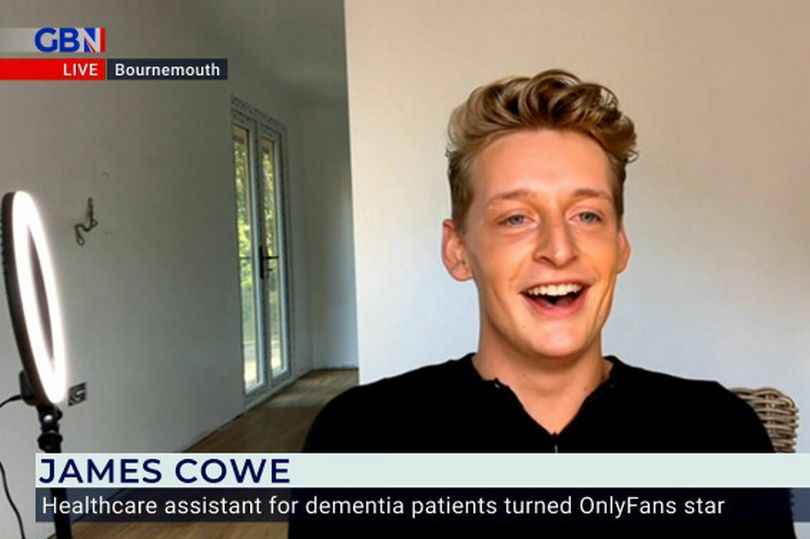 A former employee of the NHS claimed that after leaving the organisation, he earned £3,000 in his first week on OnlyFans. James Crowe, a 23-year-old who formerly assisted with patient care for dementia, now develops content for the subscription service.

James, who claimed to produce sexualized content, told GB News anchors Anne Diamond and Mark Longhurst that his work for OnlyFans is similar to yet different from his work for the NHS. Financially speaking, he claimed it was the “superior alternative,” as his prior work paid him about £1,100 after taxes.

Asked if it was demoralising work, James, 23, who worked for the NHS in Bournemouth, said: “I’m not sleeping with anyone on camera, it’s content creation…it is also probably just as hard work as what I was doing in healthcare, just a different style of work.

“I was completely burnt out. I was only £1,100 a month after tax and I was struggling to see a future…I was considering becoming a nurse, but this was just a far better option for me.

When asked if he considered himself to be a sex worker, he said: “I wouldn’t say I’m a sex worker, I would say I create sexualised content but I’m also an influencer.

“I’m creating a lot of content across platforms that aren’t necessarily sexual all the time. So it is a real mixture, but I do create sexual content, but I don’t sleep with people and create that type of content and share that.”

Asked if the work was dangerous, he said: “You have to be really careful about actually, you know, these are real people. You do have a responsibility to yourself and other people as well.

“You have to make sure that their mental health is OK…all of that kind of stuff. I’m really careful with who I do requests with and the type of requests they’re asking for.

“I have had some really strange requests in the past where I actually just give out refunds because I’m just like this just doesn’t feel right.”

A one per cent pay rise offered to NHS staff was a “kick in the teeth” for James, after he decided to leave healthcare.

James said: “I would say when I left with the 1% pay rise, it was like that final thing for me.

“I was planning on leaving anyway, but that really was just a kick in the teeth and I thought I really need to do something about this now and in life we have the choice what we do with our work, so I decided to make this jump and it worked out for me.

“Other healthcare workers are definitely leaving not necessarily to go into OnlyFans but all types of industries. They are leaving to go to any other type of work, even hospitality, where they might feel more appreciated.

“They’re getting paid even similar money, just with less stress. It really really was quite a lot in the end, because of the lack of staff. The underfunding, feeling under-appreciated, really took its toll.”