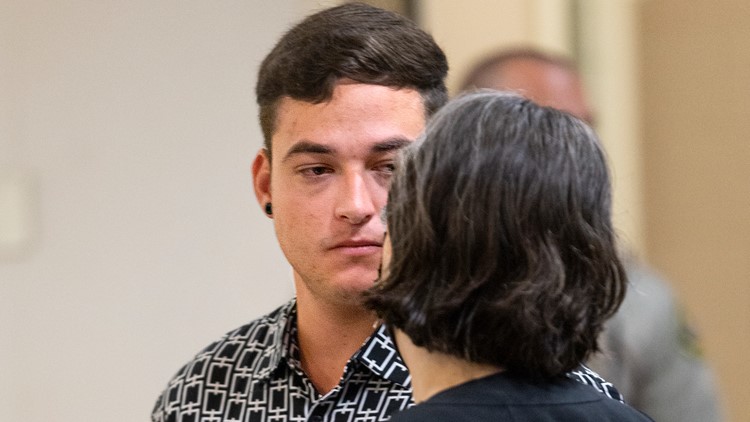 The parents of a 15-month-old child who died in May after consuming fentanyl, which investigators believe to have been used by her mother, are now facing murder charges, according to prosecutors in Northern California.

The Press Democrat stated that on Thursday, prosecutors added child cruelty charges against Evan Frostick, 26, and Madison Bernard, 23, as well as a sentence-enhancement charge that claimed they knowingly caused a child’s suffering.

The couple was briefly detained on suspicion of child cruelty on May 9, the day their daughter passed away; however, they were released two days later pending additional investigation to ascertain whether fentanyl played a role in the child’s death. The couple has been described by police as a boyfriend and girlfriend.

Public defender Lynn Slater of Sonoma County is representing Frostick; she indicated on Friday that because she took over the case on Thursday, she was unable to comment. If Bernard has a lawyer who can represent her, that information was not immediately available. The office of the public defender does not represent her.

The death of 15-month-old Charlotte Frostick was attributed last month by the Sonoma County Coroner’s Office to “acute fentanyl toxicity.”

The coroner’s report states that Bernard consumed fentanyl and passed out on the bed she and Charlotte shared in their Sonoma Avenue apartment while drugs and paraphernalia were nearby.

According to the newspaper, authorities think Charlotte touched the fentanyl before perhaps putting her hands in her mouth or eyes.

Nearly three years had passed since the death of another toddler from Santa Rosa caused by an opioid overdose.

The deaths of Patrick O’Neill, 29, and his 13-month-old son Liam were found inside their Santa Rosa house in September 2019, and fentanyl was thought to be the cause.

O’Neill’s opioids were allegedly supplied by three defendants. On more straightforward accusations of conspiring to distribute fentanyl, they were found guilty in federal court.

In November 2020, after her 2-year-old son ingested fentanyl, a mother was arrested and charged with murder in the city of Brentwood in Contra Costa County Superior Court. She entered a no contest plea to one count of voluntary manslaughter in July 2021, and according to court documents, she was later given an 11-year jail term.