Europe burns as a heatwave sets new records for temperature 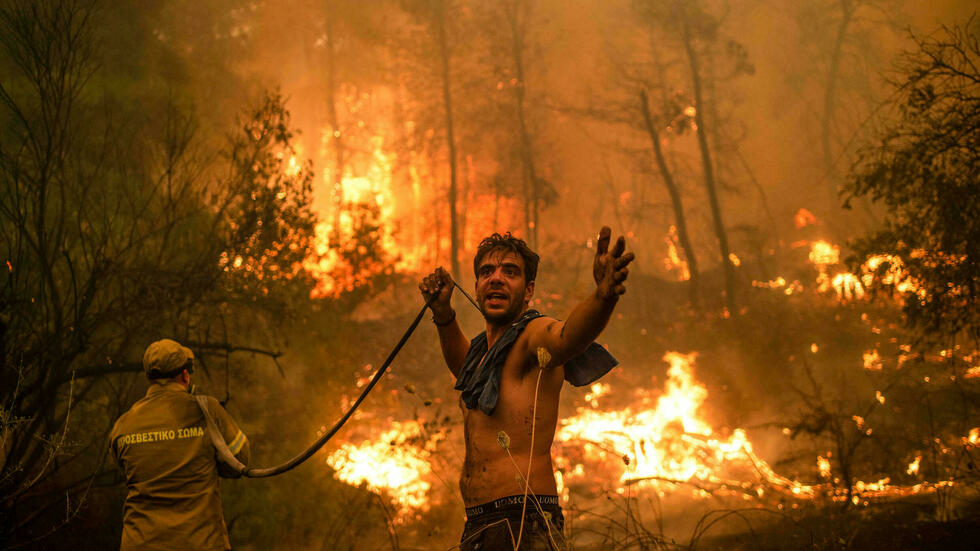 Much of western Europe is wilting under the intense sun as a result of a severe heatwave that is fueling raging wildfires and posing a threat to set new temperature records on Tuesday.

Forecasters in Britain warned that the country’s current record high temperature of 38.7 degrees Celsius (102 degrees Fahrenheit) might be surpassed and 40C might be crossed for the first time. Experts blamed climate change and predicted that extreme weather will become more common in the future.

The third-hottest day on record occurred on Monday, when 38.1C was recorded in Suffolk, in eastern England, making it the hottest day of the year.

The national weather agency reported that a number of towns and cities in France experienced their highest-ever temperatures on Monday.

In Brest, on the Atlantic coast of Brittany, in the far northwest of the country, the temperature reached 39.3C, breaking the previous record of 35.1C from 2002.

In the sweltering heat, firefighters in the southwest of France were still battling to put out two enormous flames that had caused extensive damage.

Armies of firemen and a fleet of waterbombing planes have been battling fires for almost a week now, mobilising much of France’s firefighting resources.

Dublin, Ireland, saw temperatures of 33C, the highest since 1887, while Westdorpe, a city in the southern Netherlands, recorded temperatures of 35.4C. Higher temperatures are anticipated there on Tuesday, despite the fact that that wasn’t a record.

The neighbouring country of Belgium also anticipated highs of 40 degrees.

The current heatwave in Europe is the second to recently hit the southwest of the continent.

Researchers from the European Commission reported that nearly half (46%) of the EU’s territory was subject to drought conditions that required a warning. The crops were already suffering from a lack of water because 11% of the population was at an alert level.

Thousands of hectares of land have been devastated by fires in France, Greece, Portugal, and Spain.

Because of how fierce it was, the fire was literally “blowing everything up,” according to Marc Vermeulen, chief of the local fire service. “40-year-old pine trunks are bursting.”