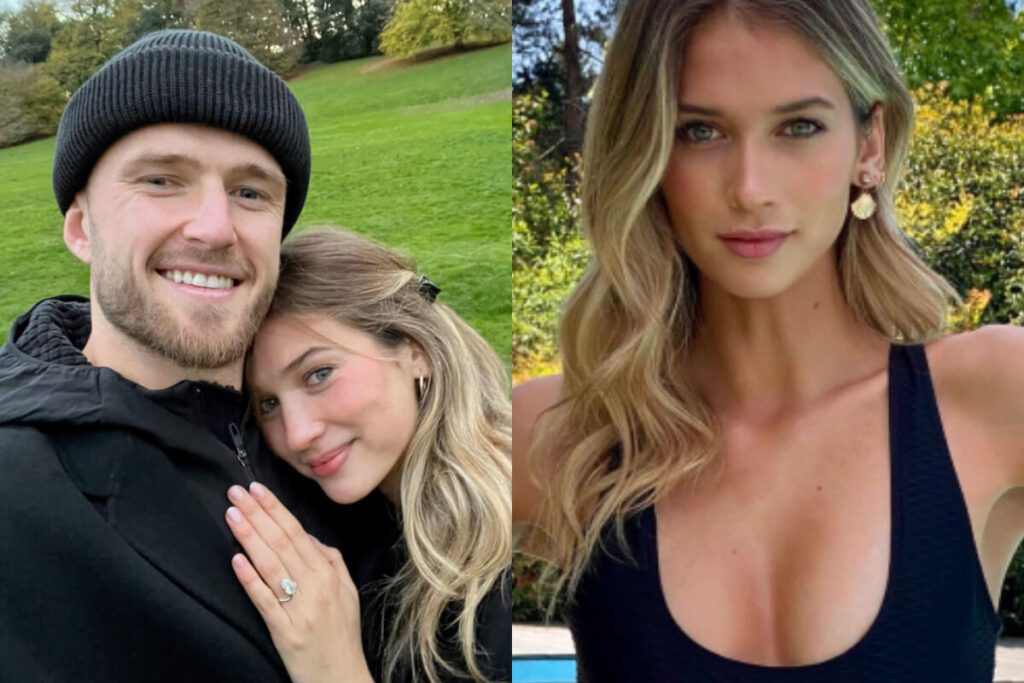 Eric Dier, a defender for TOTTENHAM and England, has announced his engagement to model Anna Modler.

Only in September did the Spurs centre back reveal his relationship with the 24-year-old. But he has already proposed to the South African beauty, who dated Alexis Sanchez, a former Arsenal and Manchester United player.

Additionally, Anna shared a few images of herself with Dier, 28, while wearing her engagement ring to share the news on Instagram.

She concluded by adding the short caption, “I said ja.”

Previously, a friend of the couple told The Sun that Eric and Anna were “blissfully happy. They have been interacting frequently.

“Eric has told pals it has been a great few weeks – getting back into the England squad and landing a stunning girl who was previously on the arm of an Arsenal star.

They got engaged just two months later, coinciding with Dier’s comeback to the England squad and his blooming love life off the field.

“He can’t stop scoring on the pitch, and has netted a cracker off of it.

“Anna is smitten and has told friends Eric could be ‘the one’. They are getting serious, so watch this space.”