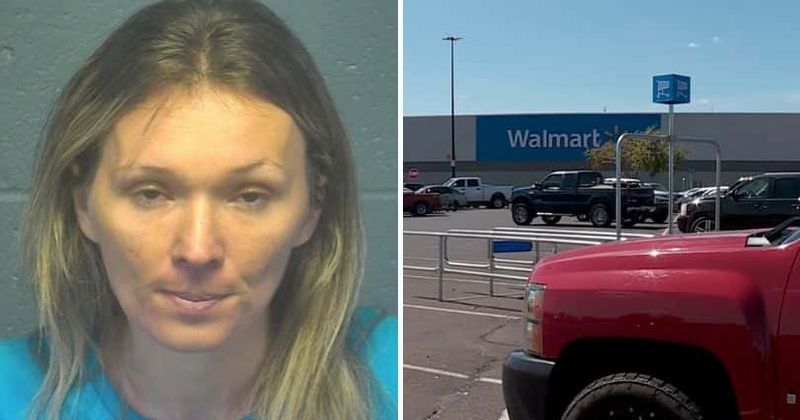 According to the reports of Crime online, a woman in Oklahoma last week entered a car with the sunroof open to save two 2-year-olds who were left inside. According to reports, the car was parked in full sunlight on a 98 degree day. The mother, 33-year-old Elizabeta Babb, was apprehended after she left an Oklahoma City Walmart after spending more than 30 minutes shopping with her two toddlers still in their car seats.

On August 14, a security officer working at an Oklahoma City Walmart reported that the car was burning hot to the touch and that she had burned her hand trying to get inside. The car was parked in full sunlight. Among the customers who made an effort to save the kids was Charlene Cooksey. Cooksey described how she felt when she initially realised there were girls in the locked car as “going into parent mode,” according to KOCO-TV. Cooksey claimed that the security guards at the store were reluctant to let her and her husband use a crowbar to break a window. “Security guards were unsure of what to do because, in their thoughts, they wanted to wait for the fire department, but I was like, “Screw the fire department, those babies need immediate help now.'”

Just before 3 o’clock, police from Oklahoma City visited the Walmart located at 100 E I-240 Service Road. When the 2-year-old children were discovered, they were “buckled in their car seats and lifeless,” according to reports. After being removed from the car and put in a security van with air conditioning, the kids were reportedly in shock and sobbing. Babb claimed to have been in the store for “five minutes,” but surveillance footage shows she was there for about 35. The mother did not leave the store until she had paid for her purchases, despite announcements from the business urging the car’s driver to come outside.

“I wanted to see the girl who came out. I wanted to see who would risk their kids just to go into Walmart. I understand it’s hard being a mom and you don’t have anyone to watch your kid, but don’t leave them in the car,” Cooksey said.

According to the video, Babb and a young child entered the store at 2:22 p.m., and they left six minutes later. KOKH-TV reports that Babb swiftly enters the store by himself after that. What happened to the child who had been with her earlier is unknown. Babb was detained on two accusations of neglecting a kid. She was checked in at the county jail in Oklahoma. According to reports, the children were sent to their grandma since their father was away.